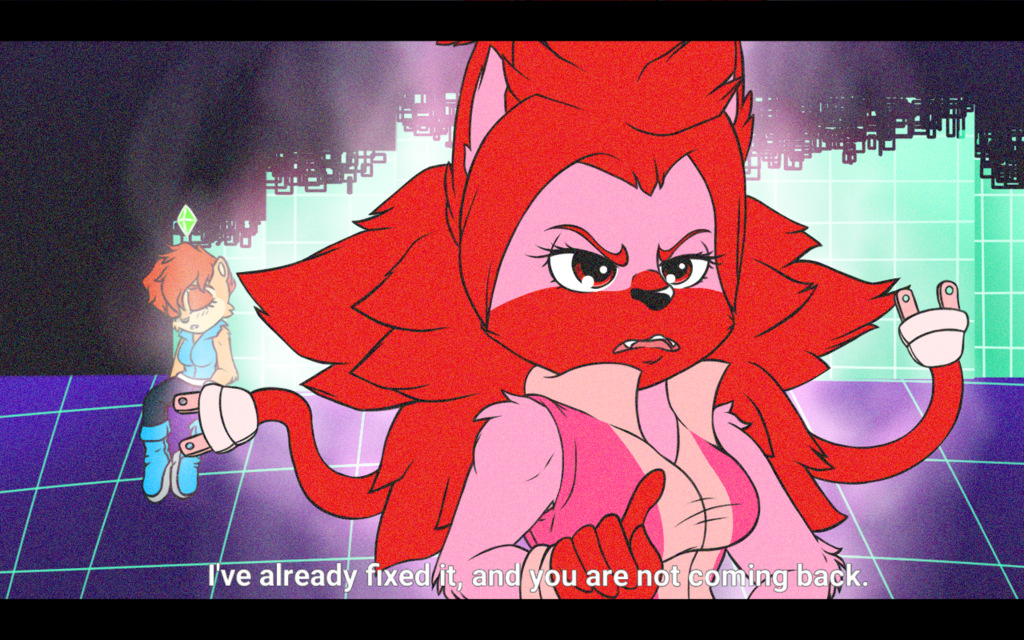 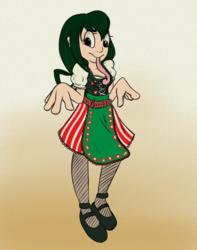 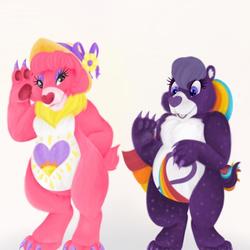 One of my favorite things to do is mess around with different art styles. I feel like it's fairly obvious that my style contains a heavy Western influence, so I thought it would be neat to try out the more overseas approach: the godforsaken anime style. Now, as I stated in my last submission (which, ironically was of an anime character), I have never been a big fan of anime, with only a few exceptions that I could probably count on my fingers. By no means do I think it's bad at all, it's just never been my cup of tea! So, it was very neat to explore such a foreign art style to me. I wanted to try and nail it the best I could, so I did use some references that I feel could easily be spotted a mile away. Max seemed to notice the DBZ hair the second I showed him the lineart.
The designs used here are slightly tweaked from my own redesigns of Nicole and Sally. Also, does anyone know where the quote is from? ;)