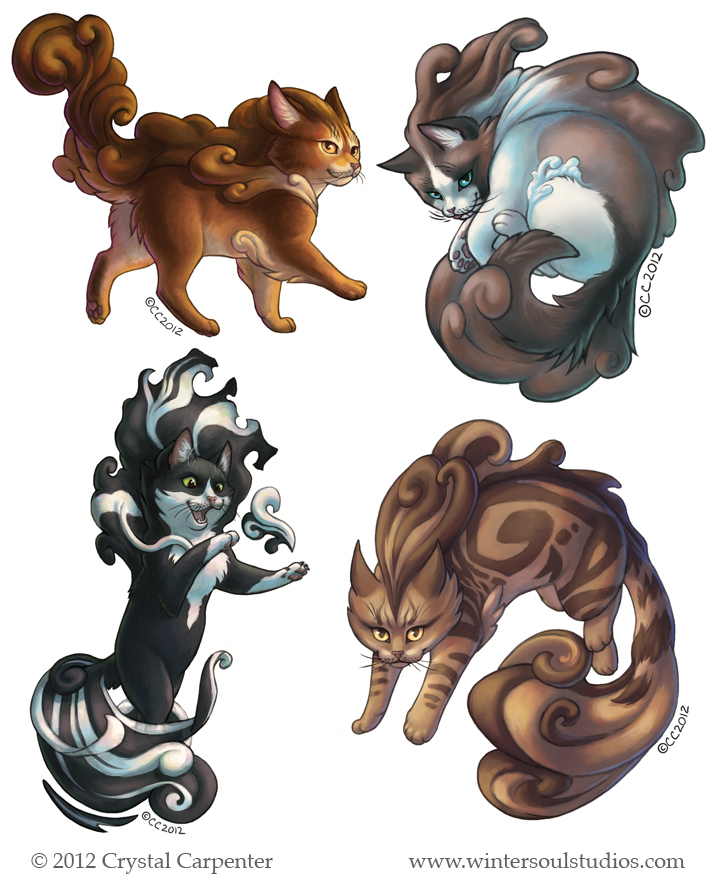 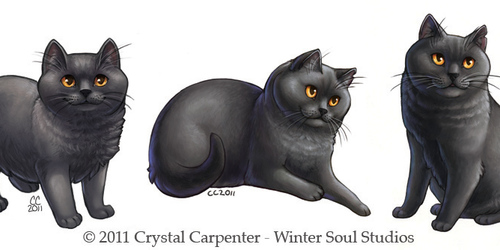 After the cat that inspired the original cloud cats, Pumba, passed away, I kinda went on a cat art spree and dove into the concept of the cumulous cats. Everything from rumbly purrs to catty attitudes seem to coincide with air and weather conditions. Exploring the parallels sure does make me happy, hopefully these little guys will make others happy too! Since the description is a bit long, I'll start with merchandise info first.

While delving into the concept of the Cumulous Cats, I stumbled upon a special kind of wind. The high wind variety of Cumulous Cat tend to be much faster than their stormy relatives and are able to wander close to the earth. They're also not as concerned about territory, most high wind cats will spend their days wandering far and wide seeking new prey. The storm variety of Cumulous Cats often follow in their footsteps, but rarely meet a high wind cat. It's best that meetings between the two are avoided, for the sake of ground dwellers. Fierce territorial battles are most likely the result, and far worse are the offspring of the two varieties. The resulting offspring have a mix of behaviors - the territorial aggressiveness of the storm variety, and the ravenous prey drive of the high winds. To the ground dwellers, the offspring are known as tornadoes and hurricanes.

While the hunt from a tornado or hurricane cat can be disastrous, regular high wind cats usually only hunt moisture, dust, or other small air particulates. The whirlwind often creates dust devils and waterspouts as a result of hunting, which can be quite a sight for ground dwellers!

Many high wind cats, similar to your friendly house cats, enjoy sleeping in warm places. This can be a nuisance in forested areas where campers make fires. Hot embers can be carried in the fur and paws of a waking high wind cat, causing disastrous wild fires. To make a bad situation worse, the massive amounts of smoke attract passing high wind cats and trigger their prey drive. In especially hot fires, flame and wind can combine making terrifying fire twisters.

They've earned the nickname cloud "kittens" since the actual magnets are smaller than the original Cumulous Cats. (The name is more so based on the literal size). They're each around 2-2.5 inches in height and length. Size comparison.

These are now sold in sets, or "storms". Original Cumulous Cats will continued to be sold individually and are available in both sticker and magnet form.

What's included in each set:

Where to get your own thunderstorm: