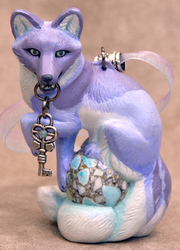 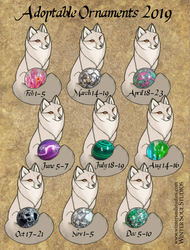 The ornament turn-around for Nuray! Although the auction has ended, I still wanted to show off that orb. It’s so cool how it looks different depending on the light, she was a fun one to take photos of. She has already been claimed, so if you’re interested in ornaments such as hers, do keep your eyes open next year for the new Whisps to be released!