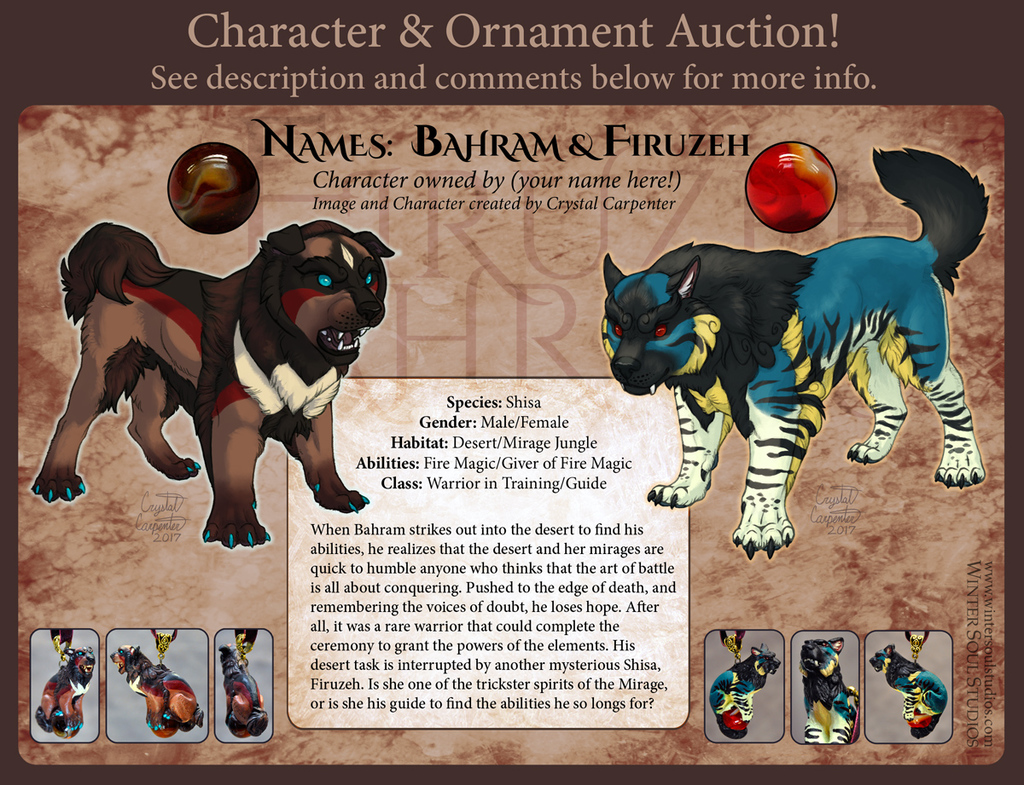 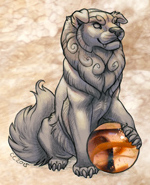 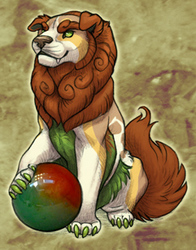 Character Background:
When the young warrior Bahram strikes out into the desert to find his abilities, he realizes that the desert and her mirages are quick to humble anyone who thinks that the art of battle is all about conquering. Pushed to the edge of death, he lost hope knowing that many other Shisa had cast their doubts about his return. Perhaps they were right, it was a rare warrior that could complete the ceremony which would grant the powers of the elements. Who was he to think he could overcome this task when he wasn't even the best Shisa in training? His desert task is interrupted by another mysterious Shisa who goes by the name of Firuzeh. Her enigmatic nature is completely foreign to how Bahram thinks. Is she one of the trickster spirits of the Mirage, or is she his guide to find the abilities he so longs for? It would seem he’s journeying straight into madness…