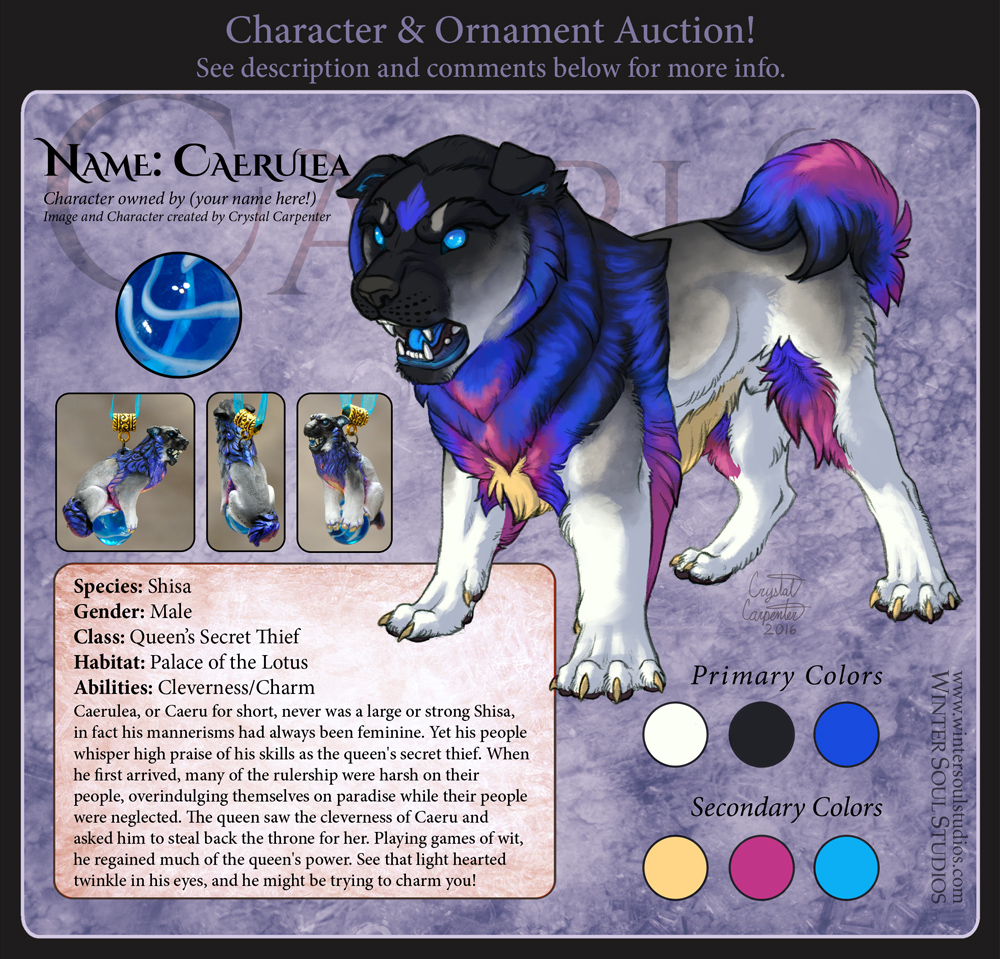 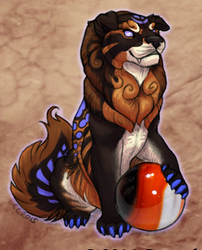 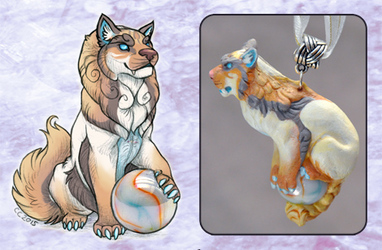 Auction Info:
Auction ends Tuesday, November 8th at 6 pm MST.
Auction has ended, AB has been reached, congrats to Alice Felidae, who is the lucky new owner of Caeru!

Character Background:
In a hidden palace where pools of water flow amongst pillars and walls, a young stray Shisa was adopted by the people of the palace. They named him Caerulea, or Caeru for short, after the intense blue lotus flowers that bloomed in the palace. He never was a particularly large, impressive, or strong Shisa, in fact his mannerisms had always been a bit feminine. Yet the people of the palace whisper high praise of his skills. When he first arrived, many of the rulership were harsh on their people, overindulging themselves on the paradise while their people were neglected. The queen, wanting to be sure that her people were taken care of, but knowing that she was outnumbered, saw the cleverness of Caeru and asked him in secret to steal back the throne for her. Playing games of wit, he quickly regained much of the queen's power. While he's now seen as a secret promise of a better future between the queen and her people, he still has many mind games to play before gaining back the whole kingdom. Not a problem with him, as he loves the game! If you see that light hearted twinkle in his eyes, be careful that you don't hand over all your possessions, he might just be charming you!