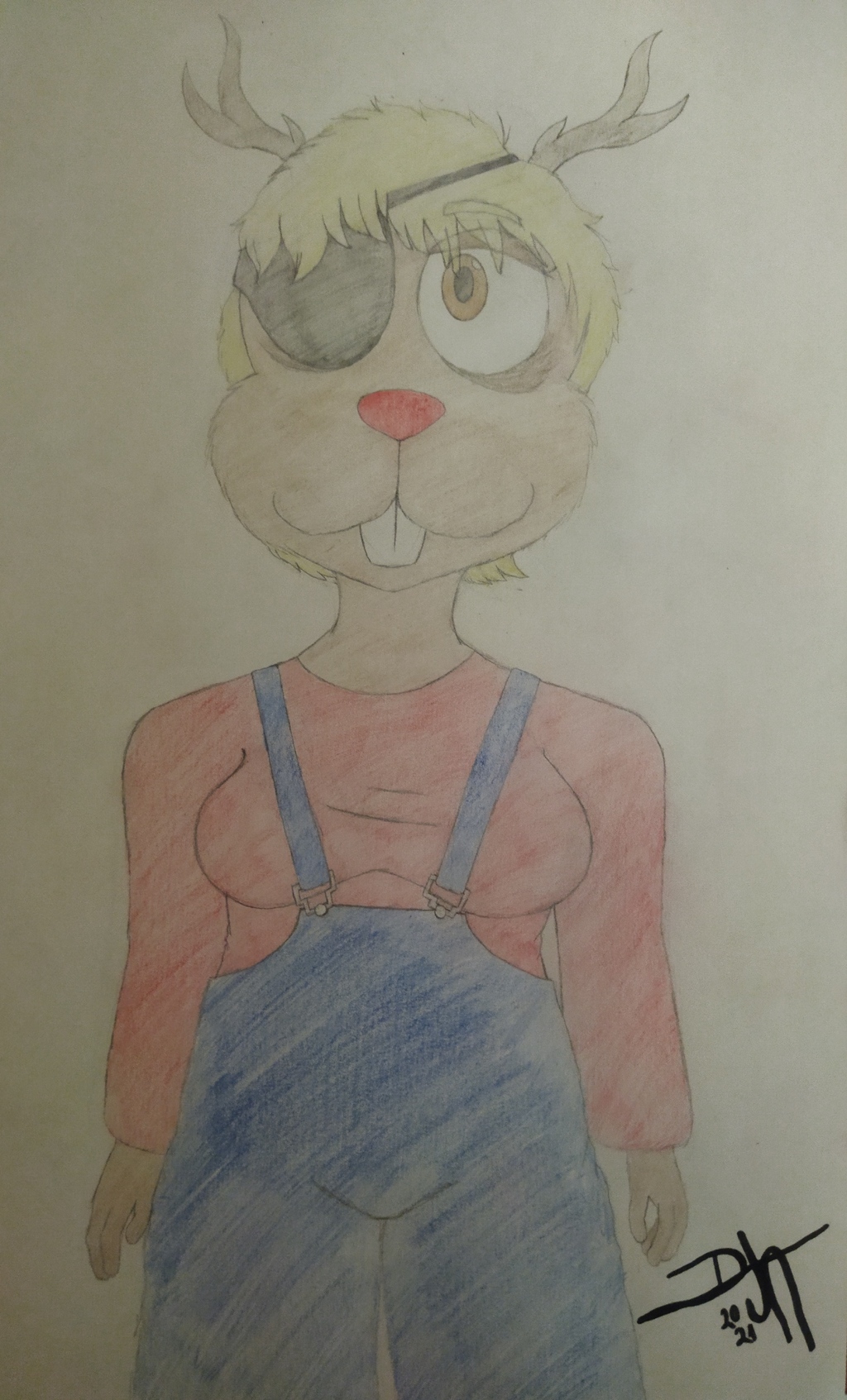 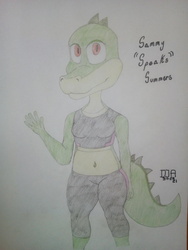 Bio: Holly is a dedicated and hard living girl whether it's working or playing, she's pretty responsible and multi tasking as well measuring her time to endure the daily routine, though her early steps into adult life left her very strained and constantly tired, but she feels she has to work hard due to the people in her household being only her and her mom Christine, she plays the tough girl role so people don't worry to much about her even when there are in fact reasons to worry, like almost hitting a classmate with a hammer in one of her night terrors, sleeps at the start of classes, talks almost like she was in one of her games and since she's not allowed to play while working she says she sees characters from her games, when she's just daydreaming, another thing she does is stare at the sky for hours thinking about her dad, but even with all of that and her apparently unfriendly aspect, she's comprehensive, kind and protective, maybe just a bit over the top, but overall she takes some effort into moving on along with her mom.

Holly was born in December to Monty and Christine Elsgood, one being a reindeer with north pole heritage and the other being a modern day red nose Reindeer seeking a better life in the city, the two after their marriage started a business organizing parties for everyone in town and their jolly spirit was not to be locked to just winter holidays, their ancestors blood rushing through their veins made them the best for the job at celebrating any holiday and their parties were always the best, being also known for celebrating holidays in a different way every year, specially in winter parties, those were the ones where the Elsgood pour their whole hearts into it. This way, Holly grew up surrounded by many good people and always had other kids to play with, this wasn't good for her timid nature at the time but over the years she grew fond of enjoying it and helping her parents in their job, this made her so happy that she discovered she inherited her ancestors ability to walk on thin air, surprising both her mom and dad, the latter being particularly proud since he has heard of people in his ascendency to have the ability to fly, thing that was almost lost to modern day reindeers.

Once she was 14, her parents thought that it was best if they took a break from setting up other people's parties and make up their own, so they went on a vacations trip to rest from work, it lasted the first half of the month and they expected to return the week before approaching the countdown to Christmas, but an unexpected tragedy would cut their wings short, a car crashed with them, killing Mr. Elsgood, leaving his wife paralyzed from the waist down and gravely injuring Holly's right eye, she managed to call for help and both got later rescued by emergencies, once they were recovering they recieved the grieving news of her dad had died from the crash, leaving the now smaller family heartbroken, the rest of the town didn't took it well either, since the Elsgood always thought of giving happiness to others, and Monty was a lover of his work and a dedicated father, all of the people were there for his funeral and his family which were a group of at least 25 relatives were all there as well, the amount of support and love was overwhelming but deserved for a man that gave happiness to many, just as he dreamed.

For the next three years, the mother and daughter duo lived off from the money from the now closed family business but the money was bound to run out if neither had something to sustain their income, this lingered within Holly's conscience so she at her 17 started working for the local pizza place to bring income to help her mom, as well doing some other jobs, a sense of responsibility and a strong dedication made her mom proud but also worried her daughter was breaking her back and lacking sleep all just to help her, just when she heard her daughter almost hits someone with a hammer in school and fell into the trash bags from her building's roof, she knew she had enough and decided to find a way to help so her daughter doesn't wear out from overworking herself, and started selling pastries in her home, since that's what people loved the most of the many things that were in the parties they once held, both carrying on the memory of her husband's hard work and stubbornness and his dedication to make others happy.

Now at present day, Holly's near to get out of high school and her mom's business is blooming with tons of happy clients. Holly hasn't used her flying but wonders that if she could fly hard enough she'd reach her dad. Both still hold him dearly in memory to this day.