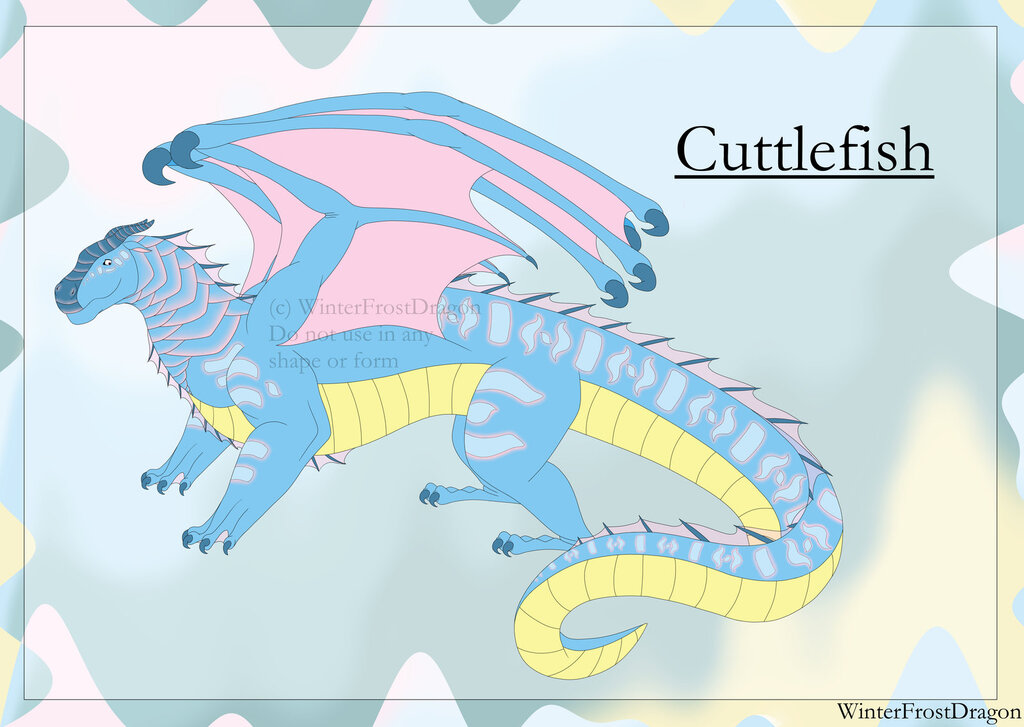 Folder:
My Characters and Sonas 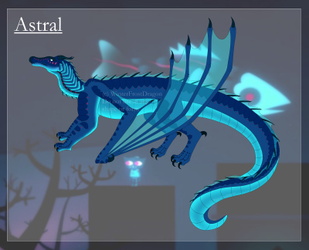 This is Cuttlefish he is a Mudwing/Seawing hybrid as you can see and sports colours that make him stand out from the crowd not that he minds as he actually enjoys the attention for the most part. He cannot breathe fire like a Mudwing but he can breathe underwater like a Seawing and due to this he chose to live in the sea and also because he found underwater to be a much more comfortable home for himself. His mother was a Mudwing and his father was a Seawing but apart from that he knows nothing about who they are and doesn't want to know, as Mudwing parents don't care much for their young and the siblings look after themselves in their groups Cuttlefish managed to find a group who were willing to accept another member even though they are not related by blood then when he got a bit older he decided to move to the sea. Some Seawings are still wary of him as they consider him an outsider of sorts but they usually don't cause him much trouble. He worries quite a lot about what other dragons think of him and really just wants friendship and acceptance from everyone. He misses his Mudwing family dearly but knows the sea is the place for him and he also visits them often so he doesn't get too sad about it.
Also yes he intentionally has the colours of the pan pride flag and is pan.