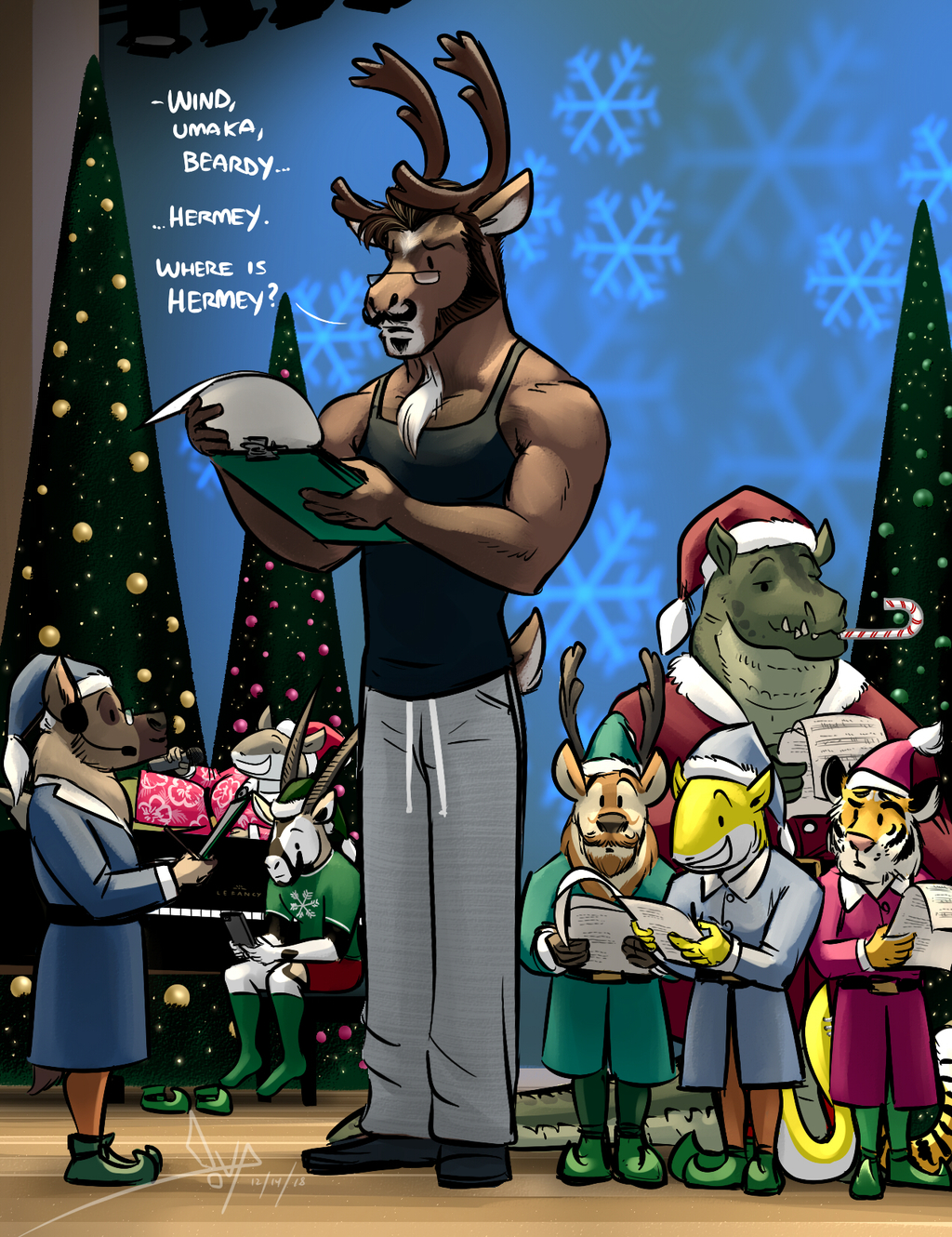 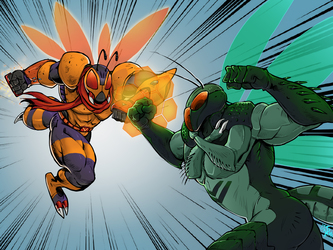 Everyone was gathered, as usual, for the rehearsal at Santa's workshop. All the little elves and Santa himself were gathered around for the debut of the season, with Alexander the Reindeer organizing the ensemble. He was reading out loud to himself when he saw a name listened in BOLD print an elf that had the most trouble with attendance.

"...Hermey, Where is Hermey?!" Zander seemed a bit worked up as he checked over the list twice, before one of the elves chimed in "I'm pretty sure he's giving an oral exam to Rudolph, if you know what I mean!"

The entire ensemble broke into laughs before Zander fumed in livid composure, having to deal with Hermey's antics once more. "Oh for Christmas sakes... HERMEY!!!!!!"

So it looks like someone wasn't at elf practice....

But that's okay, because all the other elves were doing their part! A raffle price hosted by the magnanimous BGN who made it fun for everyone to participate in the multiple slot Christmas picture!