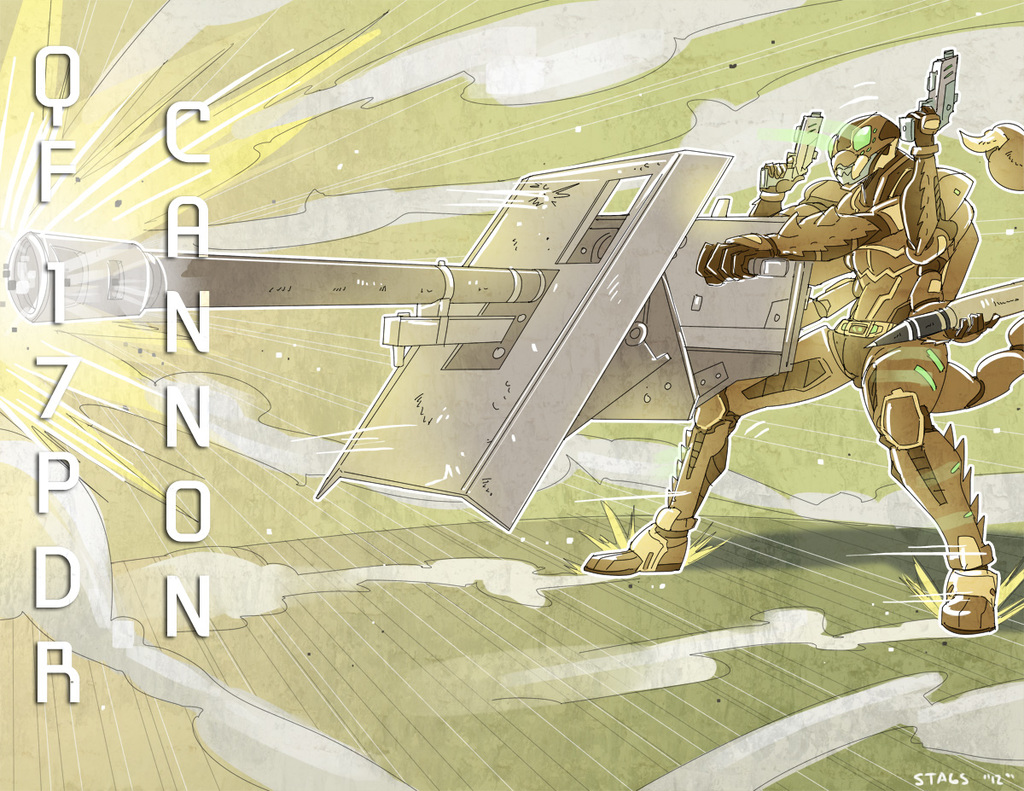 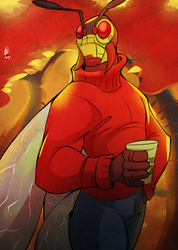 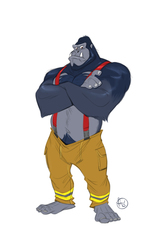 >   Objective : Prototype Weapon and Battle Armor System for In-Field Use

///The Test Subject has no problem adapting to the QF battle armor, one of many reasons the test subject in particular was selected. We hope to demonstrate that a trained fighter will have the necessary prerequisites to use the QF Battle System. The Test Subject is able to utilize their multiple limbs to handle ammunition and maintain the prototype cannon. For testing purposes we have decided on making use of a portable 17-PDF Cannon that was modified for the test subject's handling.

/// As expected in months of advanced research in targeting systems the QF Battle Armor had assisted the test subject on pinpoint accuracy of firearms. Test Subject was able to hit all 50 targets within a time frame of 2 minutes. We asked to demonstrate the firearm aim correction interface, as the armor made the appropriate calculations and guided the test subject to fire at the correct height and posture.

/// Initiating the Cannon tests were filled with high prospects of success. The test subject was able to lift the cannon up with his main arms and steadily aim at the long distance targets. The test subject had an innate advantage of uploading ammunition with his spare limbs to quickly load the cannon for the next shot. Maximum damage output was maintained, the recoil from the blasts having no impact on the test subject's well being.

Brachiaraidos piece as done by Stagor55 lead me to look up on the artist's Sentai themed commissions that he did many years ago. Of course I have modified the story and circumstances around it, but I had a lot of fun making a mock-military report. It has given me ideas as to how I can develop Tybalt's story in his backstory, but for now I hope you can enjoy this piece as much as I do!

Disclaimer - This image may or may not have been posted before on other art galleries. To clear any confusion, the previous owner has bequeath the rights of his character and will be in the process of migrating older images into the current gallery portfolio. Please contact myself or the previous owner if you have any questions. Thank you!