Catch Me If You Can! - Cyhyrau and Vaughn by WindTide 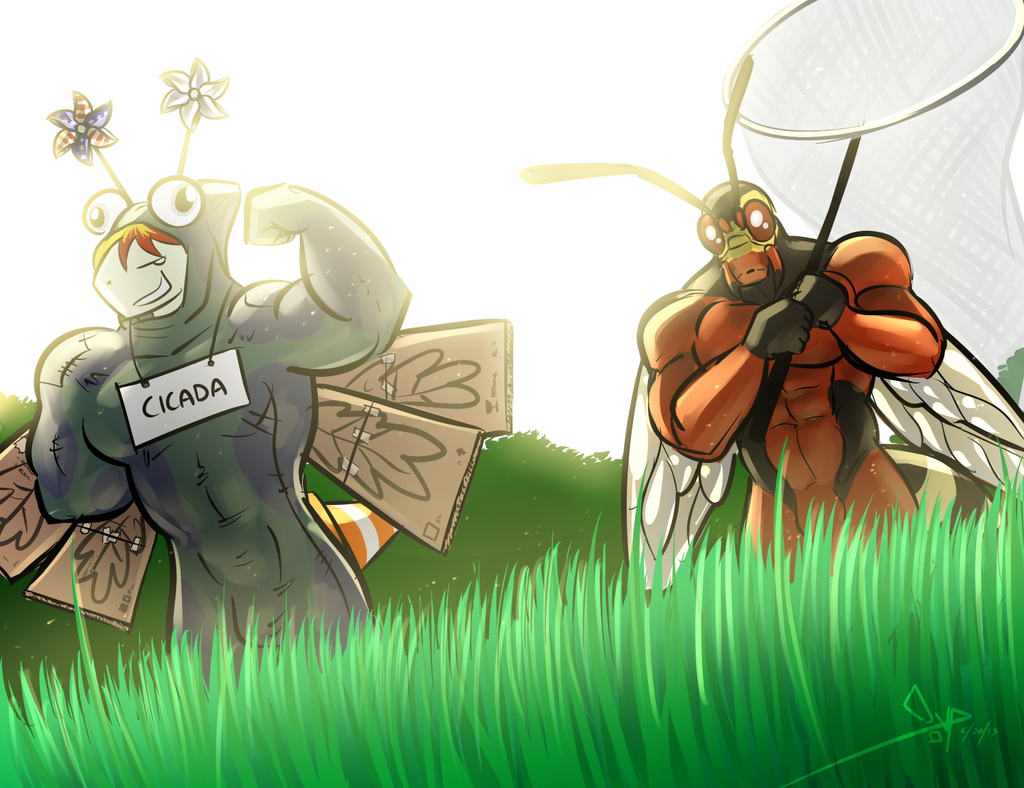 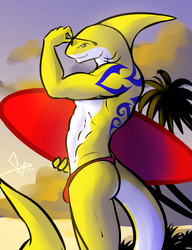 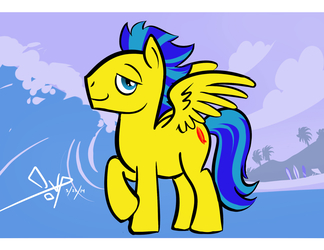 Catch Me If You Can! - Cyhyrau and Vaughn

Vaughn Woods was out in the meadow with his bug net, doing what any entomologist would do in the early: bug hunting! It was time for the wasp to catch some insects for sampling, the irony that the man himself would capture some of his own kind. Not that there was much to collect in the first place, seeing as most insects that he captured were small to begin with, but that deterred the man from carrying his big aerial net in hopes to capture some impressive specimens.

So there was Vaughn minding his own business swinging his huge net around, when all of the sudden he sees this HUGE cicada, though from the far distance even his compound eyes could glimpse his target very well. It looked like a cicada at first... though the insect would have been better to pay attention to the card board cut-outs, the pin wheel antennae, googly eyes, and not to mention the traffic cone tail attached to the figure. What ever the case, the figure sure looked like the best specimen that he had his eyes set out for, and an entomologist would not have another "opportunity" like this in their lives.

The poor wasp would soon find out that it was a shark masquerading as the Cicada Killer's prey, but for the moment the entomologist went in with his net raised high into the air, poised to swing and "capture" the unsuspecting fellow...

Cyhyrau had jokingly suggested to me the idea of his shark character dressing as a Cicada so that he would get "stung" by the wasp character. A quick sketch was done by Vince, and he two of use had a good laugh about it. Since I liked the idea so much, I decided to ask for a full version of the original sketch that I had seen before, and hopefully Cyhyrau will like the picture as well!