Light in the Darkness by Whyte Yote 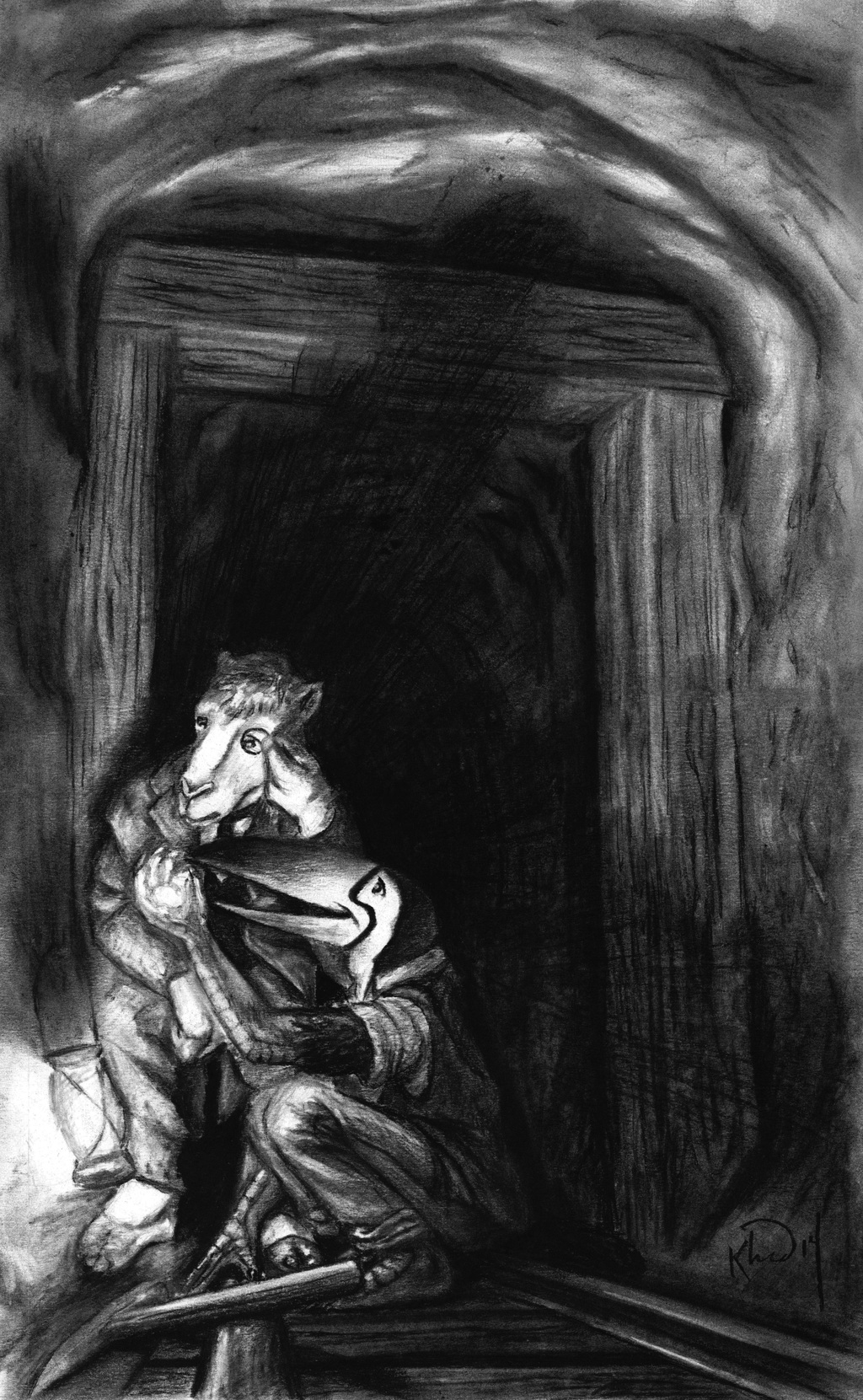 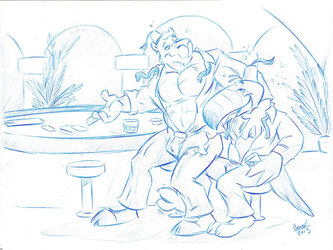 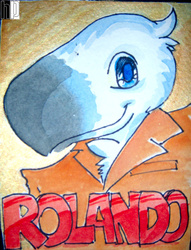 Light in the Darkness

“I’m sorry, I really am,” the camel behind the desk said in the best Moroccan French he could muster which, even after all these years, still wanted for better cadence. There were only so many times you could say, “Je suis désolé” before it sounded disingenuous. And, to the cacomistle before him, it sounded very disingenuous.

“I understand, Monsieur Sobek-Ra. Without the diamonds, there is no profit, yes? I give you my appreciation for quitting money.” It was the best young Marcel could manage in his broken English, and Sobek-Ra appreciated it right back. He hoped the boy could find work in one of the coastal resorts or a bazaar or something. It wasn’t fair, but then again, the world wasn’t fair. The camel was down to a skeleton crew, and even then they were working almost pro bono.

Sobek-Ra put his head in his hands and rubbed his tired, strained eyes. To his left sat the plan of the mine, with maps of tunnels leading off in every direction. Most of them ended in big red X’s: a dead end. There were lots of big red X’s. Only three tunnels remained, and though they yielded a stone or two a week, they had been of such low quality that his operation was hemorrhaging capital at a fantastic rate.

That didn’t stop him from giving his workers a decent severance. The bankruptcy might kill him, but he owed his men that much for their labor.

Just below his face was the ledger, and he didn’t even want to look at it. Too much red ink, and the numbers were starting to blur together. Sometimes from fatigue, sometimes from tears. For now, he was content to listen to the tick-tock of the tall clock in the corner of his tiny office, a respite from the Moroccan sun and the reality of his life.

At least he had Rolando.

He heard the hoofsteps before they reached the door: that would be Gilbert, the tawny Barb horse recruited from a nearby village to push carts in and out of the mine. The door burst open, and Gilbert flung himself inside, speaking through a light froth. He let out a flurry of French before catching himself and starting over.

“Mister Becky,” he said, panted for a few seconds and resumed, “You should come to the mine now.”

Sobek-Ra shot up. “Which tunnel?”

“Moulin Rouge. Sir…” But the camel rushed past him and toward the hillside entrance, kicking up dust as fast as his toes could take him.

There hadn’t been any blasting scheduled, so it must have been a cave-in. And he’d sent the toucan to work alone today, God dammit, so if he were trapped he’d be trapped alone. But that meant there would be more men on the outside to help dig. It was a small trade-off.

Almost forgetting to grab a lantern, Sobek-Ra raced into the darkness toward the main shaft elevator. The ride to the bottom was almost a thousand feet, interminably slow, and the camel watched the rock walls pass in front of his light with growing dread.

As soon as the lift stopped he burst through the gate and made a right, having memorized the layout years ago. Where would the cave-in have occurred? The roof had been shored up all the way through to the terminous of the tunnel, one more dead end in a series of dead ends.

“Rolando!” he shouted into the darkness, stumbling when he cupped his hands to amplify the sound.

“Becky!” came the reply. That was good; that meant there was air getting to the toucan in his rock prison.

But when Sobek-Ra rounded the last corner and almost tripped over some exposed railroad ties, he yelped and stumbled into the wall, ripping a hole in his suit. Catching his breath, the camel pointed his light down and saw Rolando, in fine fettle, crouched on the floor of the cave. The bird clutched something tightly in his left hand, and when he opened it the entire cave seemed to light up and sparkle.

Shielding his eyes, the camel placed his monocle and peered at the crystal. Easily the size of a golf ball and brilliantly clean, it sent shimmers all around them.

“That can’t be what I think it is,” he murmured. “Thanks for not being dead, by the way.”

“I sent Gilbert up to let you know what I found,” said the toucan in a voice that indicated he was just as awestruck as the camel. “You didn’t listen?”

“I thought you were buried in tons of rock.”

“You always were alarmist, Becky. But this is no piece of glass, my friend.” There was a reason Sobek-Ra had held on to the toucan for ten years. His work ethic never wavered, he put in enough work in a day to justify his salary, and he made one hell of a Latin lover. That last part had developed over time, and wasn’t the wisest decision in a work environment, but God, that beak…

“That must be twenty or thirty carats. How?”

“I had just given up on this vein. I threw my pickaxe at the wall instead of at the end where we had been digging. It…fell out onto the track and caught the light. Just like that.”

Sobek-Ra patted the bird on the shoulder, getting a light rawk in return. “Good work, though that was a stroke of luck instead of genius.”

“Maybe I should try again,” Rolando said, grabbing for his pickaxe and throwing it at roughly the same spot. Several rocks chipped away, revealing another patch of clear, shiny crystal. Patterns danced crazily all over the cave. Sobek-Ra’s jaw dropped so low his monocle fell out.

“Madre Maria,” uttered the toucan, who crossed himself. “We’re gonna need to hire some guys back on.”

Just one of the many gifts I got :tymicon: for our recent tenth anniversary, starring our newes alts in a neat little setting. Diamonds, of course, are the tenth-anniversary gift. There’s tin, too, I guess, but it’s ten freaking years…

Rolando is whyteyote
Sobek-Ra is tym
Art is out-of-the-boks, whom you should go watch RIGHT NOW. Dude’s a great artist.