Blade Under Mask: Tetsuo by WhiteMantis 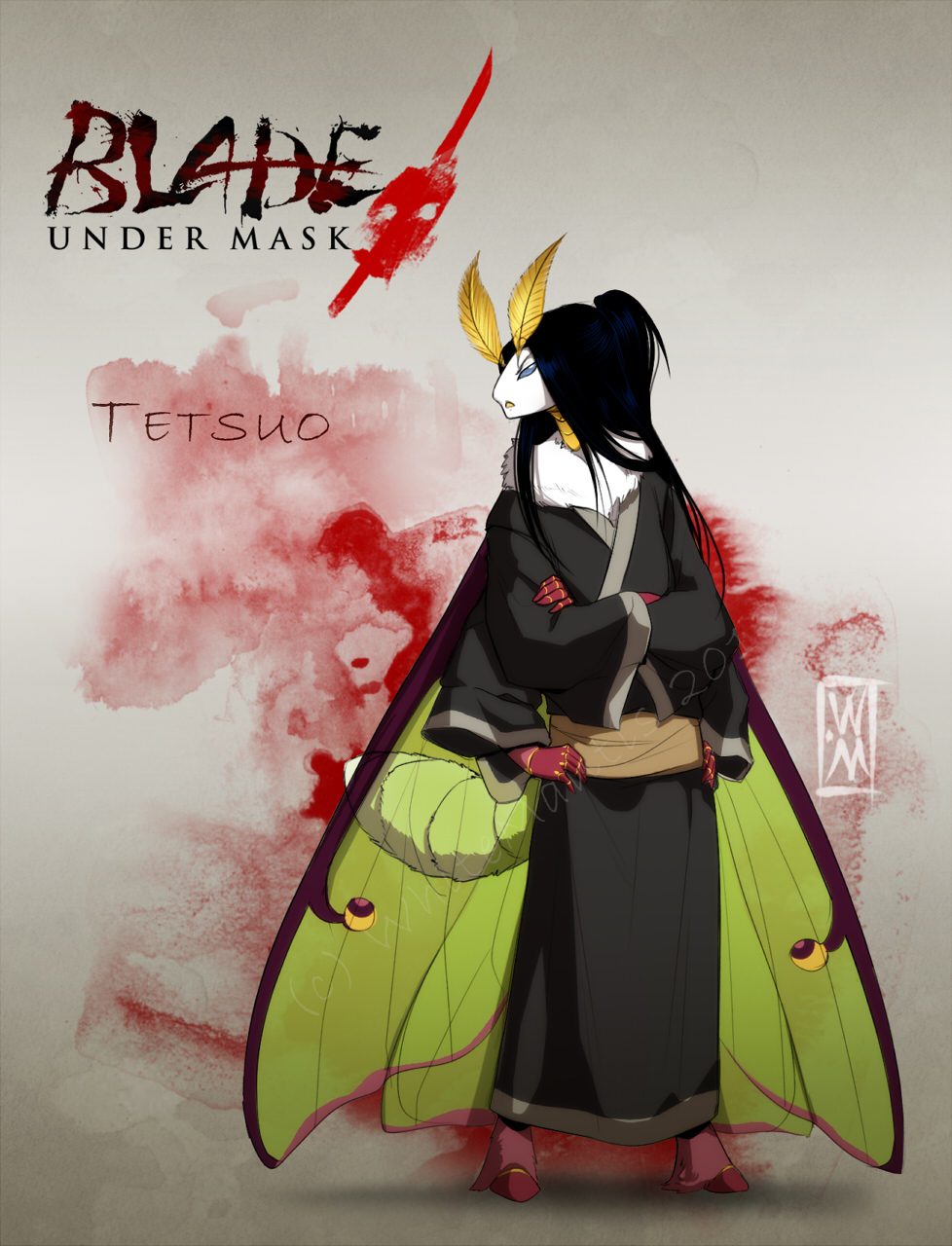 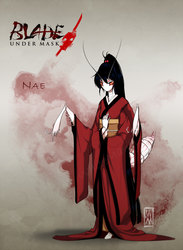 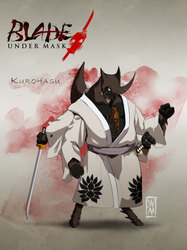 Tetsuo is a male anthro luna moth with a potentially rather feminine appearance, given the right clothing and makeup. This attribute serves him well in his occupation as a Kabuki actor, specially when he plays as an onnagata - a male actor who plays female roles - but despite his appearance, Tetsuo isn’t by any means ‘feminine’ in personality. He’s a determined young man and is usually the one who takes the lead when problems appear.

Tetsuo is the owner of an acidic personality: he’s sarcastic, ironic, snob and absolutely abhors those he deems to be 'lesser commoners', ‘ignorant’ or ‘stupid’ people, especially the more rowdy customers that request his sister's presence at parties and tea ceremonies. He won't even direct a single word to someone he believes is not worth talking to him.

Tetsuo is a member of the Asazaki house alongside his small and adoptive family: Asami, his mother and Nae, his younger sister. His family members are basically the only persons whom he's nice to.

Nae © me, from Blade Under Mask