Blade Under Mask: Children by WhiteMantis 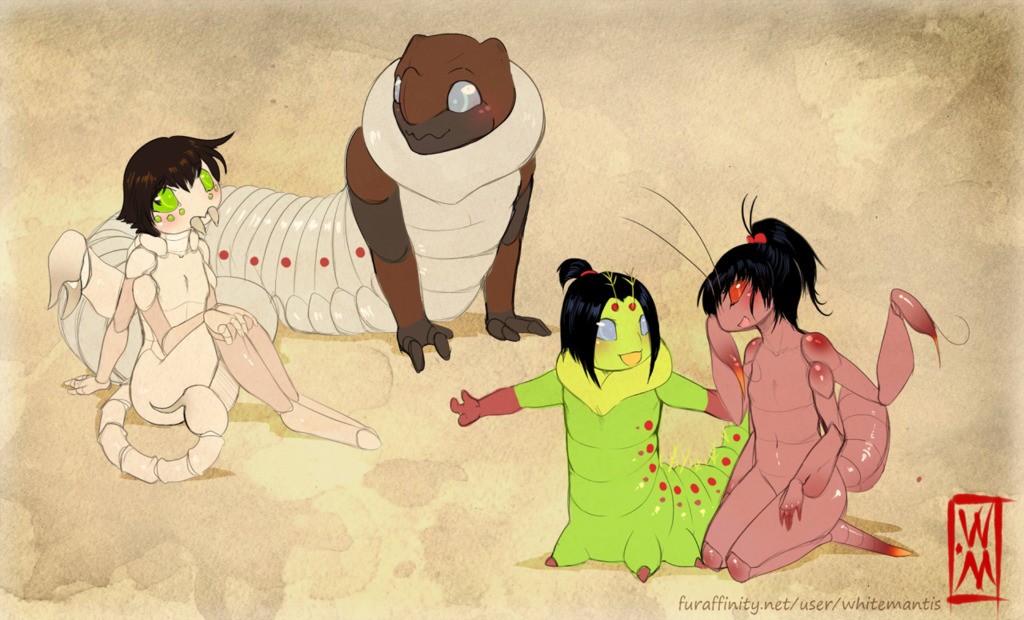 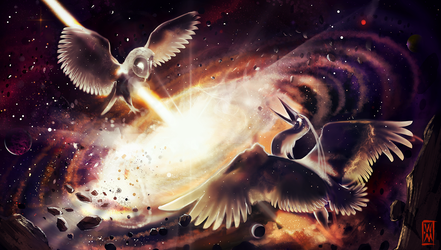 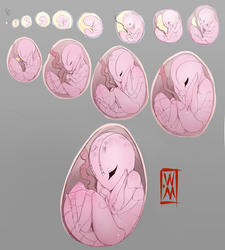 Fetal development & the growth of children in the world of Blade Under Mask are very complex proccesses. The way babies develop varies a lot depending upon the species. Some species, such as mantises and scorpions, are born as a smaller version of their eventual adult form, only experiencing small changes after periodic moltings, such as the growth of wings, color change and of course, size increase.

Conversely, in larval species, such as some beetles or moths, their offspring are born in soft-bodied larva forms. The young remain in these shapes until early adolescence, around 9 to 13. It is then that they go through a process of metamorphosis, entering a deep slumber that will last 3 to 5 years. Other species, such as crabs, go through a somewhat mix of the previously mentioned development processes, beginning as larva-like beings and changing form drastically through periodic molting, and not metamorphosis.

Here we have the four main characters in their juvenille forms. Sayaka still sports a baby scorpion's usual white-colored exoskeleton. Once she hits adulthood, she'll be completely dark colored, although the darkening will be gradual. Kurohasu is a rhinoceros beetle, and as a child, he has the form of a larva, the same as Tetsuo, a moth who is born as a caterpillar. Both will go through pupation to emerge from their cocoons as fully formed adults. Nae, similar to Sayaka, has her final form already defined in her childhood, only she's still red and lacking her wings. As an adult, she'll be white colored and possess fully grown wings.

Even with wings, no inhabitant of Gread Land is able to fly. Their bodies are way too heavy to be lifted by such thin wings. Perhaps they can glide a bit during a fall, but it isn't significant, they'll be never able to take flight off the ground entirely. Wings are used in artistic displays.

Art & Characters (c) me, from Blade Under Mask