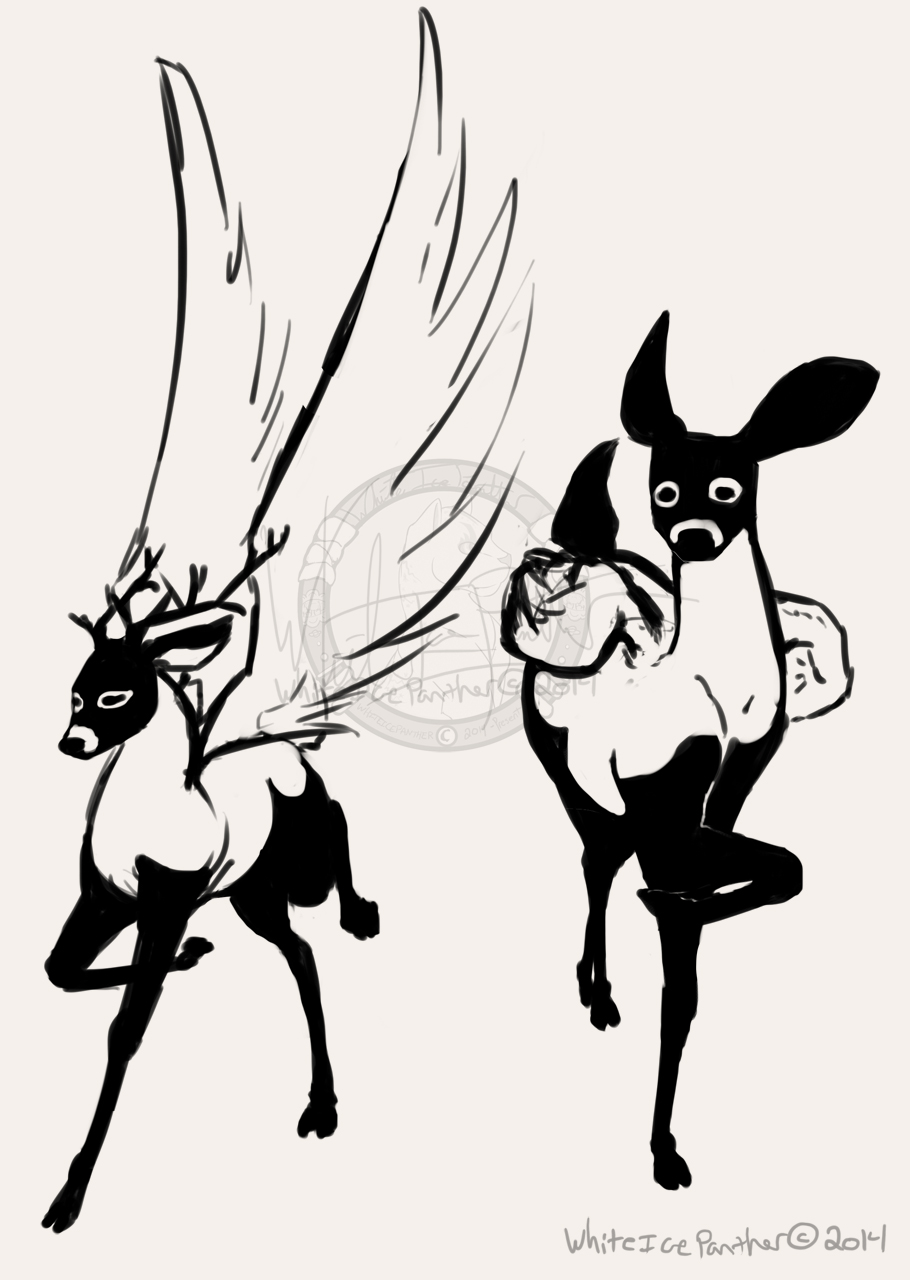 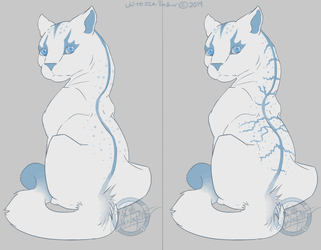 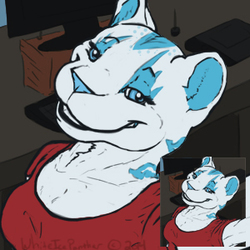 I spent most of the day in and out of the bitter cold (no warmer than 6 F outside - and that's without the windchill) so I'm feeling a bit out of tonight.

However, while I was out spending time with family I nearly miss spoke and said something about a flock of deer. Then Mom and I got joking about "Pegadeer" and how the bucks, since they have "horns" (so to speak), they would be "Alideer".

Since I'm feeling a bit too blah to work on painting more crystals tonight, I took a break from that digitally painting and did this instead. Just a couple simple half silhouettes of said creatures.

I totally want to do more art with these Alideer/Pegadoes. And honestly, I kind of dig the way they're markings look in the half silhouette. Though they loose a bit of the white tail deer look that I was basing them on.