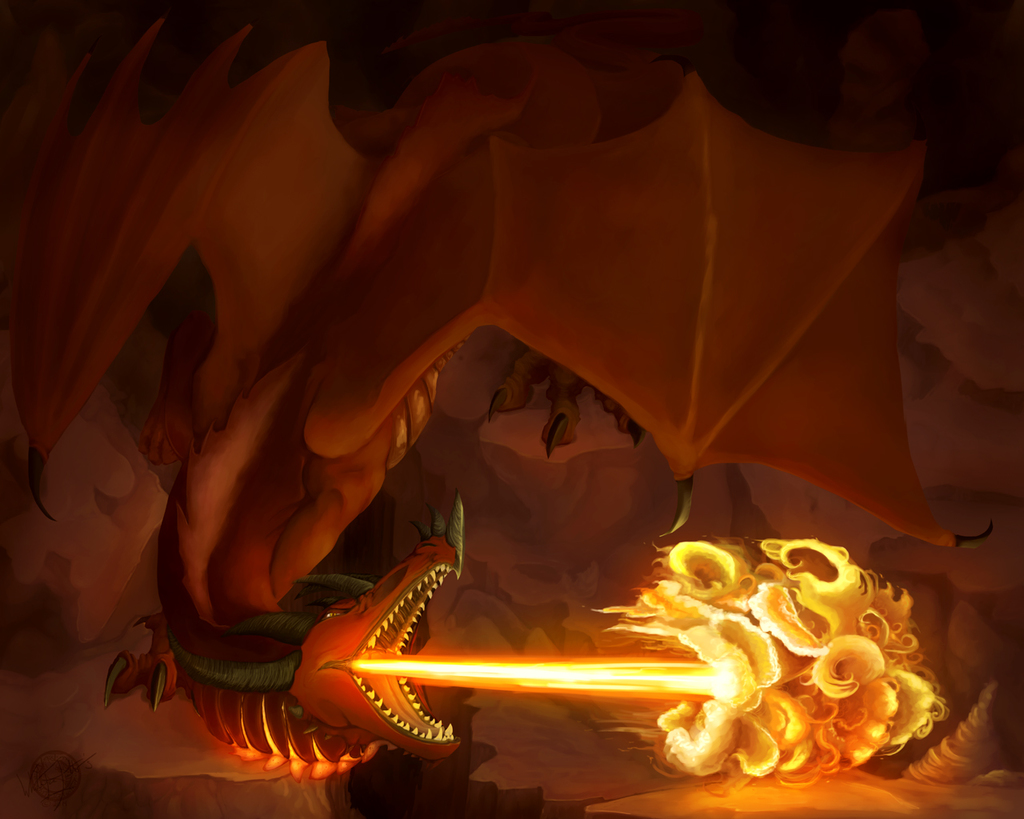 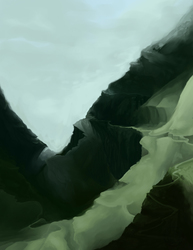 I'm new to Weasyl, love what I've seen of the site so far.
And so, as a "christening" of my profile here, I'm uploading my most recent finished piece first. A big red fire breathing dragon in a giant underground cavern!

The fire took me a while at first. It started off looking like this nasty mess and I couldn't decide on the shape of it. Eventually I settled on an idea and I rather like how it turned out. Some of the shapes though do kind of remind me of those flat mushrooms that grow on fallen trees. But I'm okay with that cause it's like a ball and waves of fire all erupting from a fire ball at the end of his breath.

The dragon also ended up going through some interesting base coat changes. I kept flip flopping between what color it should be so that kind of made it a muddy mess at first. But I worked through it and got it to turn into something workable. I debated on giving it more markings along the spine or something, but I chose to leave that for another time and another painting.