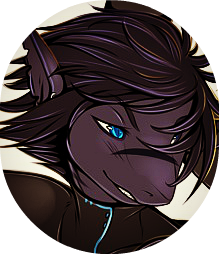 "So what're we doing today?" Ahti was a bothersome thing at times ; a constant shadow in the little pauses that came from Brine dealing with his brother-in-law. Obligations, playing the messenger boy for Keller because the bastard was stuck in bed from a near overabundance of injuries from his last job. Neither Brine, nor Kyp talked often - neither seemed to be especially malicious towards one another, both had a no-nonsense nature, and neither seemed to have much patience towards each other for their own reasons.

"I think it'd be pretty fun if we went shopping, you'd look cute in these pants I found the other day - they made me think of you. I mean, without the whole dour thing that you have going on, do you ever smile? You could do with doing it more." He says, though Brine isn't listening. Why would he bother himself with such incessant noise when he could've been tending to more important matters? At the very least, that is what he attempts to display, though he appreciates the gesture ; in his own way, Ahti was trying to make sure he was comfortable, happy despite the unhappiness that had been rolling off of him in palpable waves.

Why wouldn't he appreciate being treated normally?

However tempted he was, Brine didn't snap once at the other fish those first few nights he stayed over. He took time to himself, of course, time to reflect, time to bite back the cloying grip of emotion that had gone on and settled in his throat like the oily parasite it was. And Ahti was always there, always watching - unobtrusive in the few days that Brine had joined him at his apartment, which was yet another thing he could appreciate. Privacy had been a definite need, and Brine was thankful for the gesture, though with as silent as he was Ahti didn't figure it out through words.

"I'll think about it." The tiger-shark relented, scowl twisting into something that just barely passed for a brief smile. It was needed, though, acted as a balmy relief to the frustration that had begun building in his chest over the course of his visit. He didn't hate Kypari- well, he didn't hate him much, because it took too much energy to invest and Brine rather disliked investing energy into things he didn't consider worth his time. "What kind of pants?" Brine inquires - if only out of courtesy than genuine interest. And why would there be genuine interest there when his mind were on other, more important matters?

"You'll see in a few minutes-" A few minutes? The mirth in Ahti's voice isn't difficult for Brine to pick up on, and despite the fact that he's as sharp as his tongue whenever he's forced to deal with the more idiotic crowd, he finds himself amused by the prospect of being outwitted. They were walking the streets, and it is with startling clarity that Brine realizes that he's been duped into accompanying the more feminine fish to where he had wanted to go all along. "- y'see, I thought that you'd look nice in something other than black, because it's like you're always wearing it. I'd think you'd wear something a bit more popping with features like yours, but ~" Ahti goes as far to throw in a melodramatic sigh, which only elicits a snort from the tiger-shark's lips. "I guess I was wrong, just this once."

"You think?" Brine quips, narrowing his eyes in a flash of annoyance at the grip around his wrist. Being dragged through aisles of clothing was not how he figured he'd be spending a Friday night, but it was a distraction. Ahti knew it was a distraction, just as well as he knew that Brine had this nasty tendency to internalize a lot of things whenever he was going through a little funk. He was good at reading people, even people that were so convincing they lied to themselves ~

Pushing Brine into a nearby dressing room, Ahti then deposited a pile of clothes into the other males lap with an almost smug grin. "Try these on. We're like the same size anyways." Dissatisfaction crossed Brine's features as he gave a pointed 'up and down' look towards the red-tail.

Twenty minutes spent tugged this way and that, twenty minutes forced to wear things that made his face flush in embarrassment and vexation, and twenty minutes to cause the stress lines that had been forming at the corner of his eyes to begin fading. It was enjoyable, in it's own way to be able to snark at Ahti and be rebuked with a playful chirp here and there. Brine learned, even through their sparse interactions that despite the less than favorable crowd he hung out with, Ahti wasn't a /bad/ person. Nor selfish. Just-

A bit of a shit. If the impish grin on his face said anything. 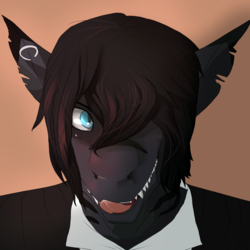 This one time I got bored and decided to do a writing exercise featuring the characters of Keller and I, so I did and this was the finished product. To be honest, I love exploring character dynamics, it's probably one of my favorite things to do! So, why not something a bit more productive than a comedic . .. thing. Yeah, that's p neat.

ahti and brine go it much pretty sharks shopping thats