Gas Giant in Progress by WerewolfNL 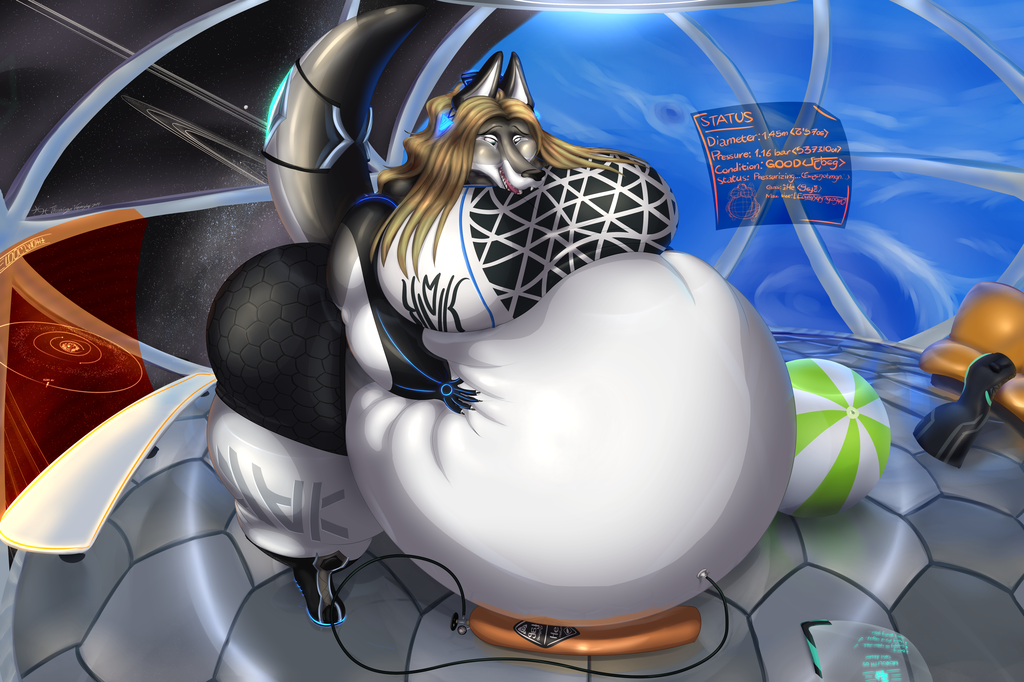 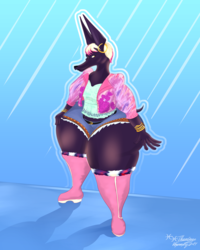 Sure, it was meant to be a simple retreat away from the busy life back on Isarthaka. "But why not have a little fun while I'm at it?", the wolfess thought to herself. The gas giant Tqhimbrioq, biggest in the system and second most massive out in the outer reaches and loomed overhead at all times from this vantage point; surely, she could stand to be a little more like it herself while she was there. After getting herself hooked up and letting the cool gas hiss away, it was only a matter of time before she grew that much closer to it in shape...

What started out as an experiment in perspective along with an idea I wanted to commission but the stars didn't align for, turned into a full picture in which I went juuuuust a little nuts on the rendering. 💙 Have a Kaz filling herself up on a space station~