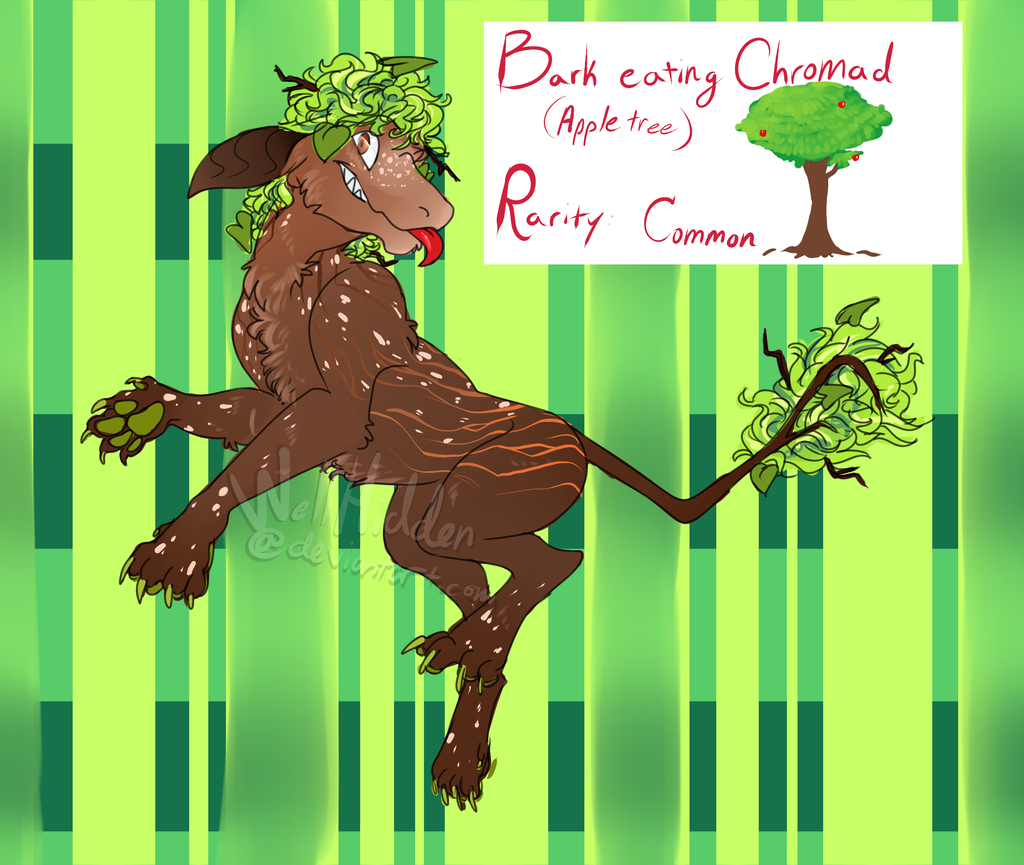 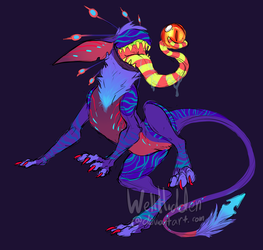 This is a Chromad, a species made by myself and Stitch

Each chromad is unique and is themed around their diet!

This one happens to eat bark off an apple tree, thus giving him his colors!

This is a first-come, first-served!

This particular chromad is common, making him only $15 USD

When you buy the design, you get an unwatermarked version with the colors used on this character on the same drawing!

Some things to note about this adopt:

Chromads are made by Stitch and wellhidden and are a CLOSED species!