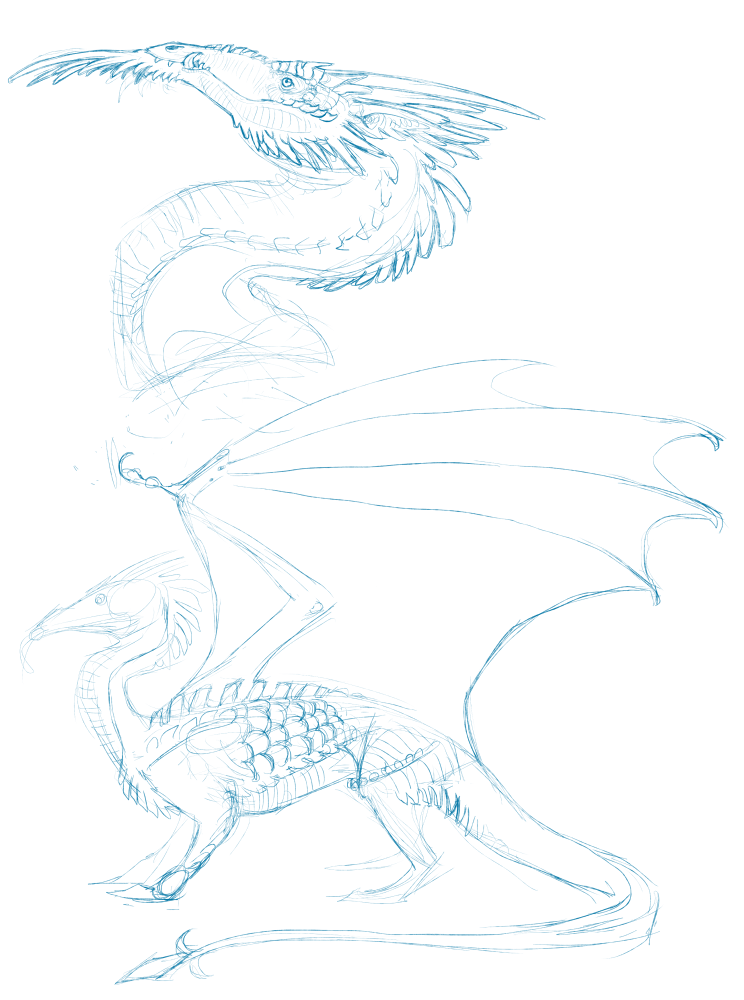 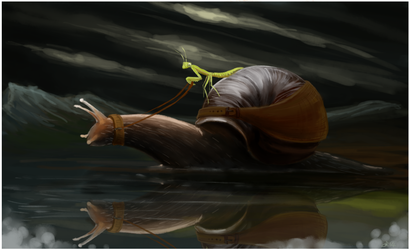 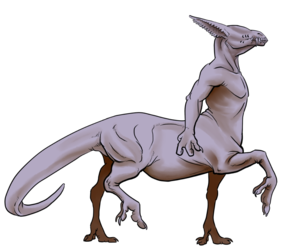 My Tolkien-esque/inspired dragon doodled after receiving my Smaug artbook; a very interesting read full of Smaug-related concept art, anecdotes from the Weta artists and Cumberbatch as well as John Howe too.

Still not entirely convinced the amputation of his forelegs was necessary but the end result isn't too bad either. Even if they fubar'd with the first movie model being the hexapodal version.

Anyway Lhossroval is a dragon of the Urulóki type (aka a fire-drake or a "hot" dragon) though she's often loath to use it as it always ends in disaster. Instead she only uses it to hunt and keep warm in the colder hills she makes her home in. She's a silvery-white colour with pearly blue highlights here and there and very apt at hunting in the snow. Her eyes are a vibrant, burning gold-red. Her talons are black and her flesh is the normal red; as is her blood.

Though she occasionally displays a temper (what dragon doesn't now and again) she is not a malign beast and prefers listening to trespassers rather than igniting them or outright eating them. Unless they provoke her. Her true loves, aside from amassing a modest hoard, are poetry and stories both written and spoken. In fact most of her most precious treasures are written books kept neatly in an intricately carved library made by a few "kidnapped" carpenters who were returned not too long after with some compensation for their time.

The library is maintained by Lhossroval's most prized treasure; a young woman (definitely not a possession) who reads to her regularly and spends time making sure things are neat and tidy. She doesn't mind staying with the dragon as it provides safety, good company and an impressive roof over her head.