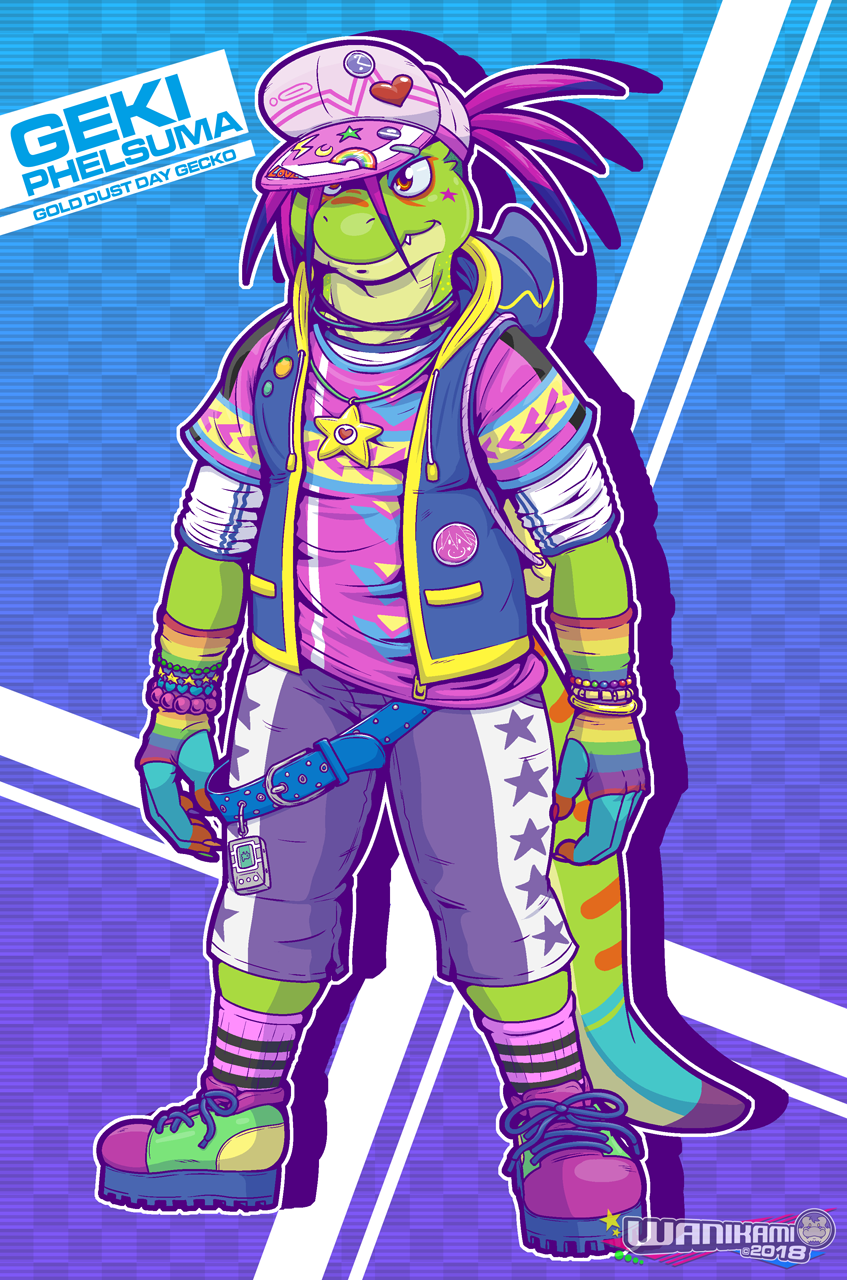 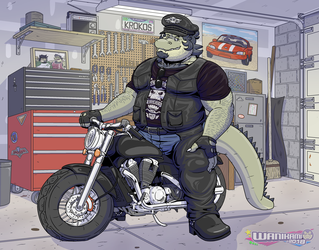 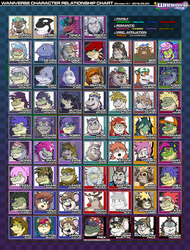 Almost 20 years ago, I created a crocodile character named Gex, who was inspired by TMNT character Mondo Gecko. In his original backstory, Gex was the younger brother of the star quarterback of a football team named Marsh, and was secretly having a relationship with his brother's teammate/best friend, Mitch, a turtle. As I've mentioned before, Mitch eventually evolved into Butch, everyone's favorite krokojock. Like Mitch, I had wanted to revive Gex for the modern era, so I renamed him "Vinny" (don't ask where the name came from; I just chose a name out of random and can't remember why that popped in my head. XD), made him a kroko, and drew a pic of him in 2011 with Kodo, the first OC I've ever created back in 1995-96. I hadn't drawn either of these lizards since 2011, nor had I really developed any backstory for them. Years later, I found myself getting obsessed with Mondo Gecko again, and I felt like having my own gecko character in the Waniverse. I decided to go back to the character that reminded me of Mondo the most, Gex/Vinny, and totally redesign him into Geki Phelsuma!

Geki is an urban-living gold dust day gecko who loves wild, vivid colors, and dressing up in eclectic Harajuku-inspired fashions. Geki is also genderfluid, and often sways from being very boyish to very girlish depending on their mood. Kodo is still Geki's boyfriend, though I think at this point of their relationship, Kodo doesn't need to use his hypnotizing amulet to "persuade" the gecko for some quality time anymore, unless Geki wants to get zoned out of their mind... >=P