What is Lost... by Wanderer 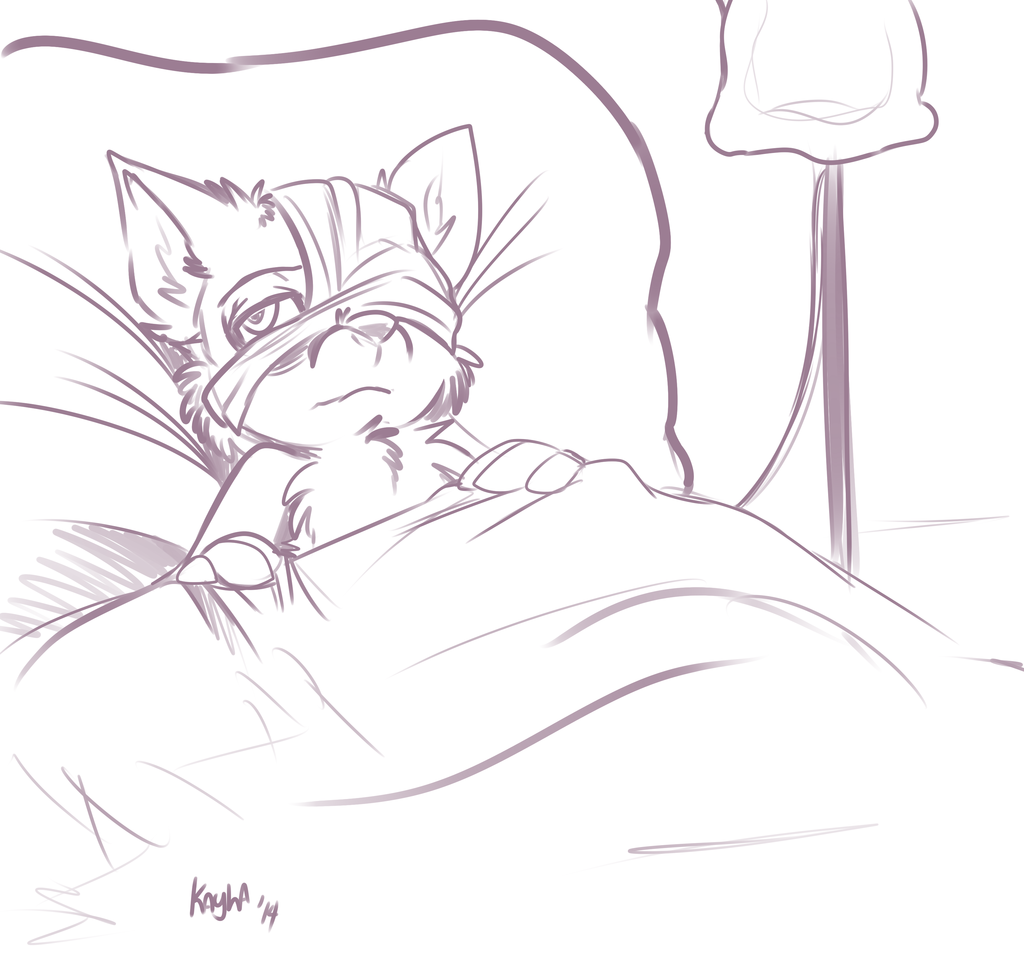 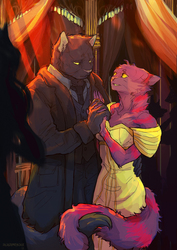 A sharp sensation jolted him awake.

Opening his eye was no less painful, as the pale light of the room shined upon the feline.

His limbs were heavy - every slight movement seemed to only make it worse for each sinew of his muscles.

With what little energy he had, the cat moved his head gently to inspect the room.

To the right, a large rectangular window that revealed a hallway, with women in pink scrubs walking around and a few men in white coats.

...He then felt something off - something foreign brushing against his head as the left side of his face made contact with the pillow.

He moved his paw to feel his head...

Like a newborn and curious child, he inspected the rest of his face - finding that the entire left side of his face was bandaged up.

A dull, yet present sting rushed over him when he hovered over where his left eye was, or rather, whatever was left of it.

"I see you're awake"

An all too familiar voice rang out, accompanied by the materialization of white spirals beside the bed...eventually completed by sets of ebon fur to reveal his sibling.

"Morning sleepy head! Or should I say Night?" Minh sat himself upon the nearby stool, beaming with a smile as always.

"You were out for quite a while you know, I almost thought I'd have to start finding another place to live~"

Max would roll his eyes, if it didn't hurt so much to even blink.

"Thats an interesting look for you, though I'd much prefer seeing both sets of eyes shooting daggers at me~"

"What? I'm not allowed to visit my baby brother when he almost got half his face blown off?" Minh started spinning in place on the stool, "honestly though, I leave for half an hour and come back to a heaping pile of rubble and fire trucks - just what exactly happened to produce such company?"

Minh pouted a bit, "Fine fine, if little bro doesn't feel like talking then so be it!"

He patted Max gently on the head before getting up to leave.

The door creaked open, before-

Max slowly turned his sullen gaze over to Minh.

"No matter what happens...we both only have each other left in this world...remember that."

His twin then shut the door, leaving Max to himself.