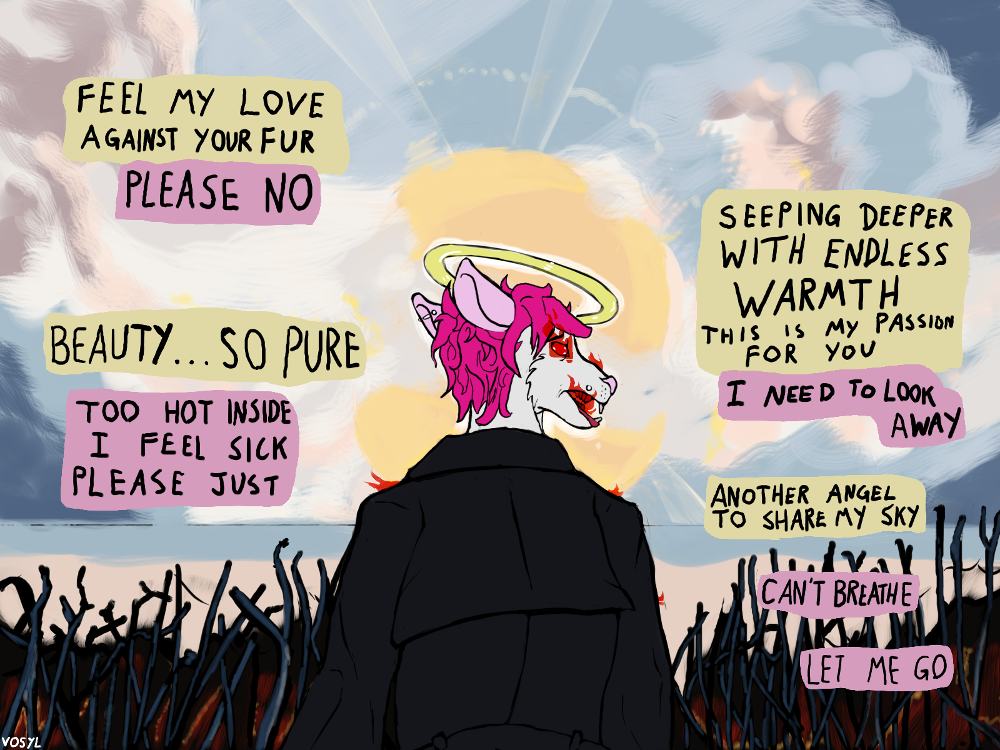 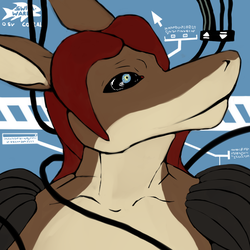 This is difficult. I haven't spoken into this thing for a while. Prior to my death, I used this as a dream journal. Old habits of living are still with me, even though I don't need to eat, drink, or sleep I still like the veneer of normalcy. The halo can be hidden and my wings can be folded up.

It gets a little too much being... for lack of better terms, alive again. I don't have much escape from my new duties. I need to save these people from becoming evil, fight this giant monster. I know I'm being watched from above and listened in on by my new fellow dead friends. I can't deal with the constant judgement and being looked down upon. Sleep is the last refuge I have for privacy, if someone can see my dreams they've never brought it up or joked about it. Its difficult to sleep voluntarily. Alcohol works but its less and less effective with each passing day. It really feels I don't belong here, but heaven gives me the creeps. Even the places that aren't ravaged by its civil wars. Going to pause to get water.

The dream I had happened a few months ago. Back when I was still able to sleep at least once a week. I was walking through this countryside. The mud was hard and blackened. Fence posts brittle with the wire cut and curled back. Through the woods I found the branches gave no resistance, powdering against me as I took a step through the undergrowth. I could hear a wind blow and see the horizon out from a coast.

Out from the shade of trees, the bramble of shrubs were just smouldering, and above I saw the sun. The light getting under my skin, charring me form the inside. I felt my organs crack and the muscle on my rubs wither away from the heat. Its voice sounding like a secret admirer, wanting me, but just not listening to me. My legs gave way and I crumbled. A cue for me to wake up.

I had forgotten about this, and the dream logs I had kept for the others. I only just remembered to record this one... as I think I heard the voice again.

While I was a awake.

I wanted to try my hand at something more narrative, along with something 'easy' to get me back into the flow of things. I feel this is a good start. The lettering could be better but I'm still green to Paint Tool SAI and not sure if it has tools to help with alignment.