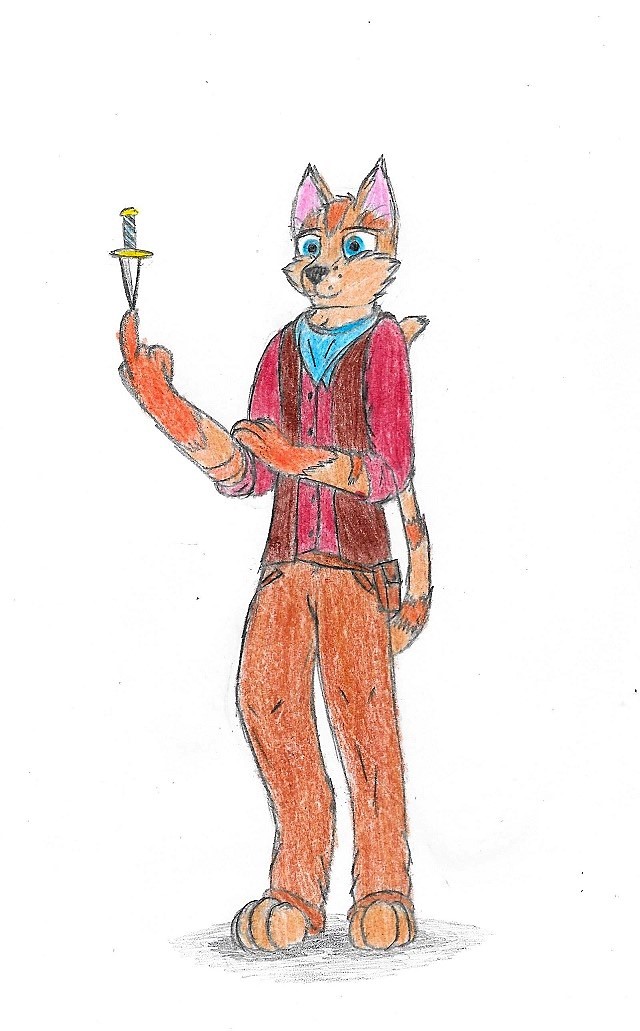 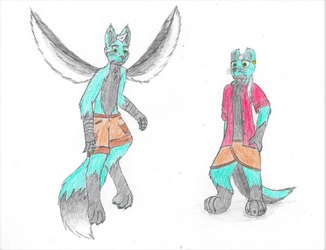 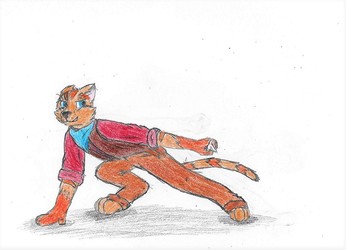 YEP. It's another one of these bois. Except he's not really a boi. He's more of an old man.
What's that? He doesn't look that old? I suppose you're right... Lemme' explain.

"His father, Methusa, used his magical power, "Aging," to transcend several generations, living much longer than any ordinary mortal. However, his father eventually found love, and released the power from himself, allowing himself to age normally along with his wife. While on his deathbed, Methusa passed on Aging to Leon, though he made his son swear a Binding Oath to never use the power on another living thing. Leon accepted these terms and received his father's power.
However, Leon was able to use the power on himself, and has lived much longer than his body would let on. He traveled, acquired knowledge and wisdom, and honed his ability. He lived a quiet life with few close friends, preferring that people not realize how age seemed unable to touch him."

Basically, Aging allows the user to speed up or slow down the aging process on something (but never stop or reverse it). So even though Leon appears to be around 20 years old, he's actually more like 80, and he's got many more years under his belt so long as he keep using his power on himself.

I like playing younger characters, because it's easier to roleplay as someone who's similar to you. But at the same time, I thought it'd be fun for once to play a character who's acquired several decades of knowledge and wisdom. Leon fits that bill - his years of experience are easily accessible for when the moment calls for a serious attitude and critical thinking, but he's also quite playful and jovial whenever he's able.
I'm looking forward to the start of this RP.