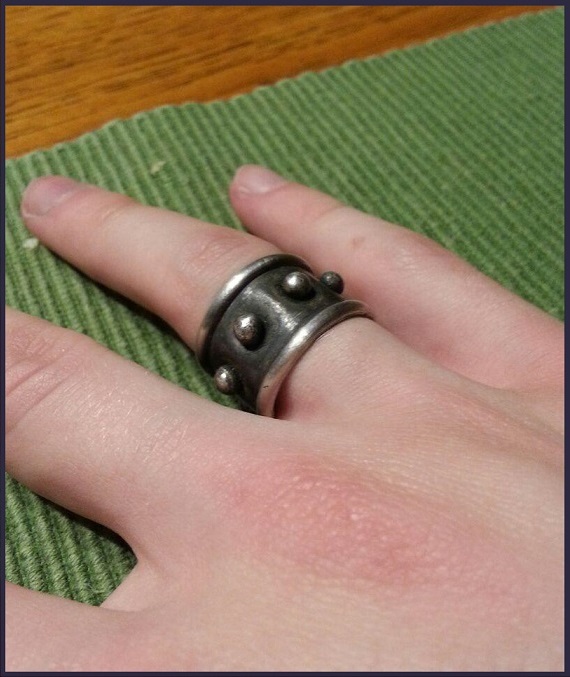 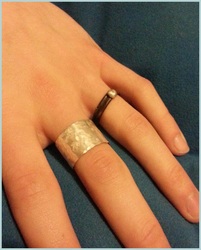 So long as you don't count my failed first attempt at my first ring that ended up as scrap metal, then yeah - this would be my fourth.

I really like this one.
It was made for a complex solder project, which required that we each make a piece of jewelry with two or more soldering points - points at which two pieces/ends of silver are attached together. Mine has ten soldering points; the seven studs running around the middle, the two strips of wire going along the sides, and the point where the ring is bent around and soldered shut.

After everything was attached properly, I coated it in a chemical oxidizer, which made the whole ring turn dark. I then used steel wool to lighten up the studs and the the wire borders.
It's not perfect. Though it isn't shown in this photo, the location where the ring is bent shut is a bit messy - one of the wires wasn't long enough to bend around and rejoin itself, and the connection spot itself isn't completely smooth. It was difficult shaping this ring, however, due to the many studs and wires which made it bend in awkward ways.

As I stated, however: I really like this one. ^^