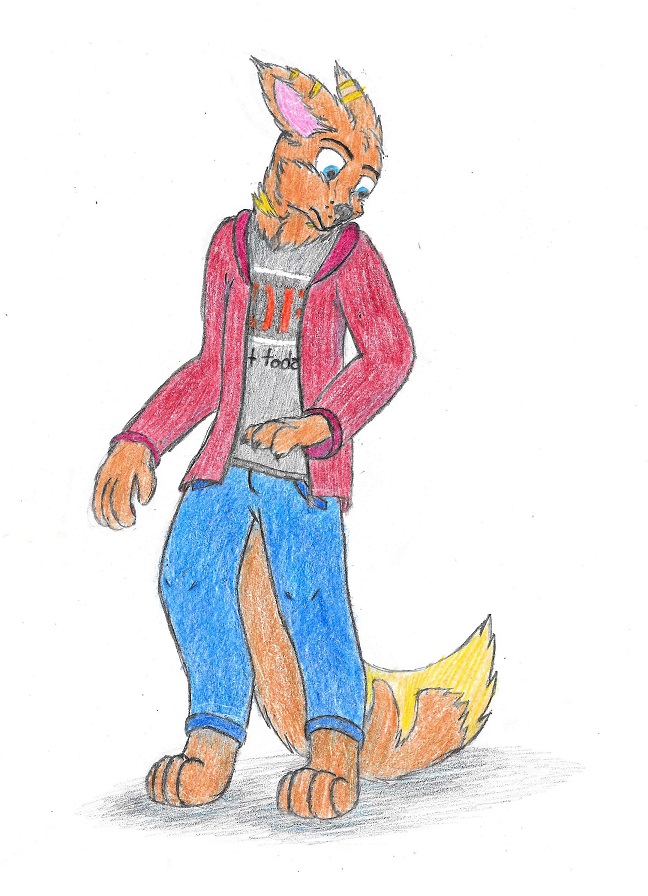 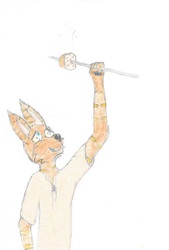 Remember this boy? Remember how I used to draw? (Don't click that link, it'll hurt your eyes.)

Derya is still on my mind, even if I don't write about it as often as I'd like. I was thinking the other day about the whole teleportation concept - or whatever physics-defying process brought Jason to Derya - and I was like:
"Wait, the way I was writing it, the teleportation took Jason and Jason only... not his clothes.... By that logic, he also would've lost whatever food was in his bowels, since it's technically not part of him... Would he lose anything else following the same logic?
". . .
"Let's... let's just alter that part of the story a bit..."

Oh, my gosh - I'm SO much happier with my improvement in how I draw digi legs! As well as my improvement with basic anatomy, like the size of hands and feet.