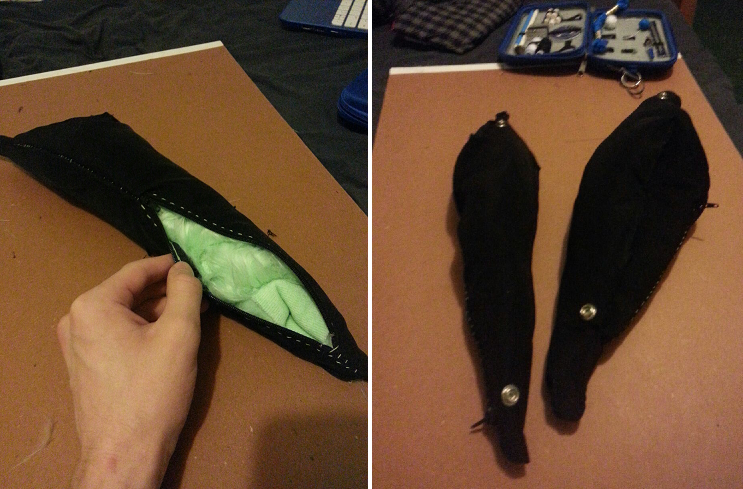 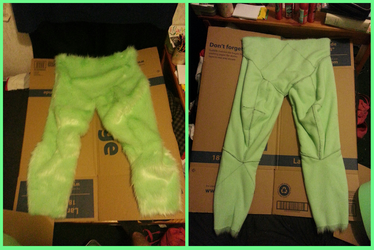 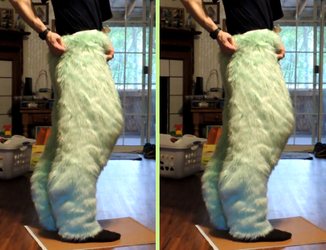 Yeah, it's been a while... BUT! I have made padding, and... boy, it took a lot more work than I thought it would. Mainly because I kept messing up the sewing, which caused me to have to redo work that should have already been done. But, these two are done - two more to go.

My only worry is that these aren't big enough, and it's hard to tell without an appropriately-sized model to test them on. Buuuuuut... that's future Voltaire's problem... and one that future Voltaire can fix if need be.

These pads feature zippers, which allow the stuffing within (currently fur scraps, soon to be replaced with polyfil) to be removed/replaced and the outer casing to be washed without any stuffing inside.
They also have snaps, which will hold the pads in place while being worn.

This suit is being made for Boi over on FA.