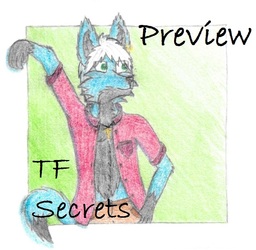 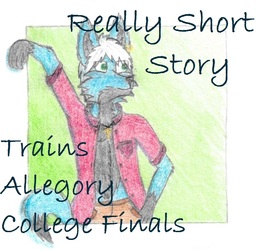 It's done! Several months in the making, I present to you Kindred Beings! (Also known by it's WIP name, Weird Feeling.)
As I've said a few times before, this is a continuation of Far from Ordinary, a story I did about six months ago. Interestingly enough, this story turned out much differently than I expected it to. Granted, I may still use the ending I had in mind in a future instalment, but for right now, we get a much slower, albeit better flowing, story.
(Speaking of "better flowing," let me know if I screwed up anywhere; literature mitsakes are so easy for the author to fix, yet so hard for them to spot! Just leave a comment or send me a private message if you see something I could've done better.)

By the way, Chelsey is a placeholder character. I've opened this story up to include other people and their fursonas, and Chelsey, as a character with the special transformative quality, is one that can be replaced by a willing participant. I plan to keep her as a female, but I intend to have many other characters with this ability, meaning that there will be plenty of chances for you to be included, if you so desire. Check out this journal for more information!

After the events of Esan's party six months ago, I find that my transformations have increased in frequency. Not knowing what else to do, I simply hide every time they happen, hoping that nobody will see me. However, things begin to change (hopefully for the better) when a fellow student notices this strange occurrence....

You like this? You want one for yourself? Well, I could probably do that for you! Only $35.00!