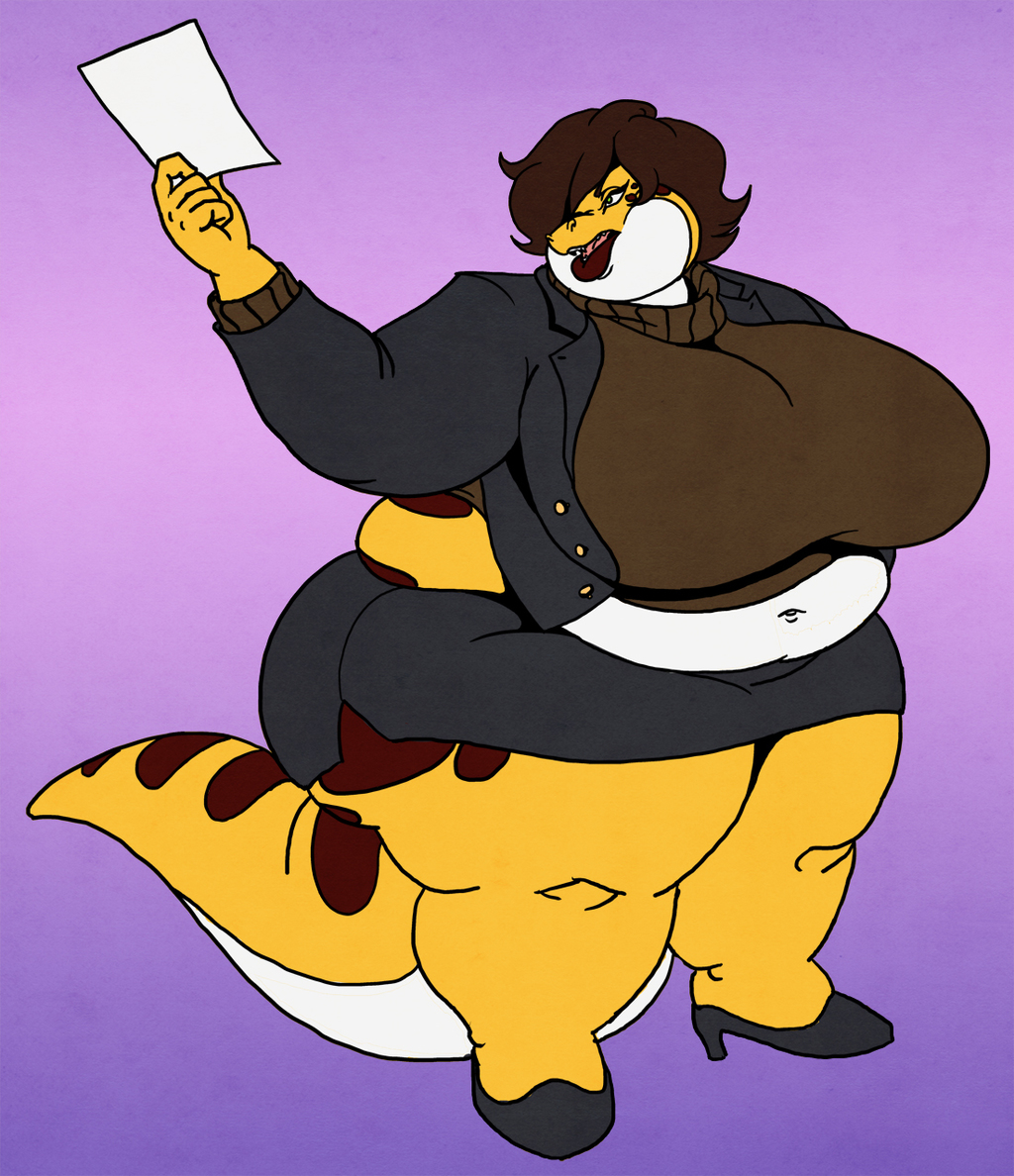 So, I wanted to get my Weasyl gallery going a bit, though admittedly I have so many submissions on FA that it's a bit daunting to transfer all of them here. But! I still want to try at least some of my "core" and popular ones.

First up are a series of my sort of "default" character pictures from late 2014/early 2015 that I tend to use for color reference and base designs. Here we have a picture of Haley.