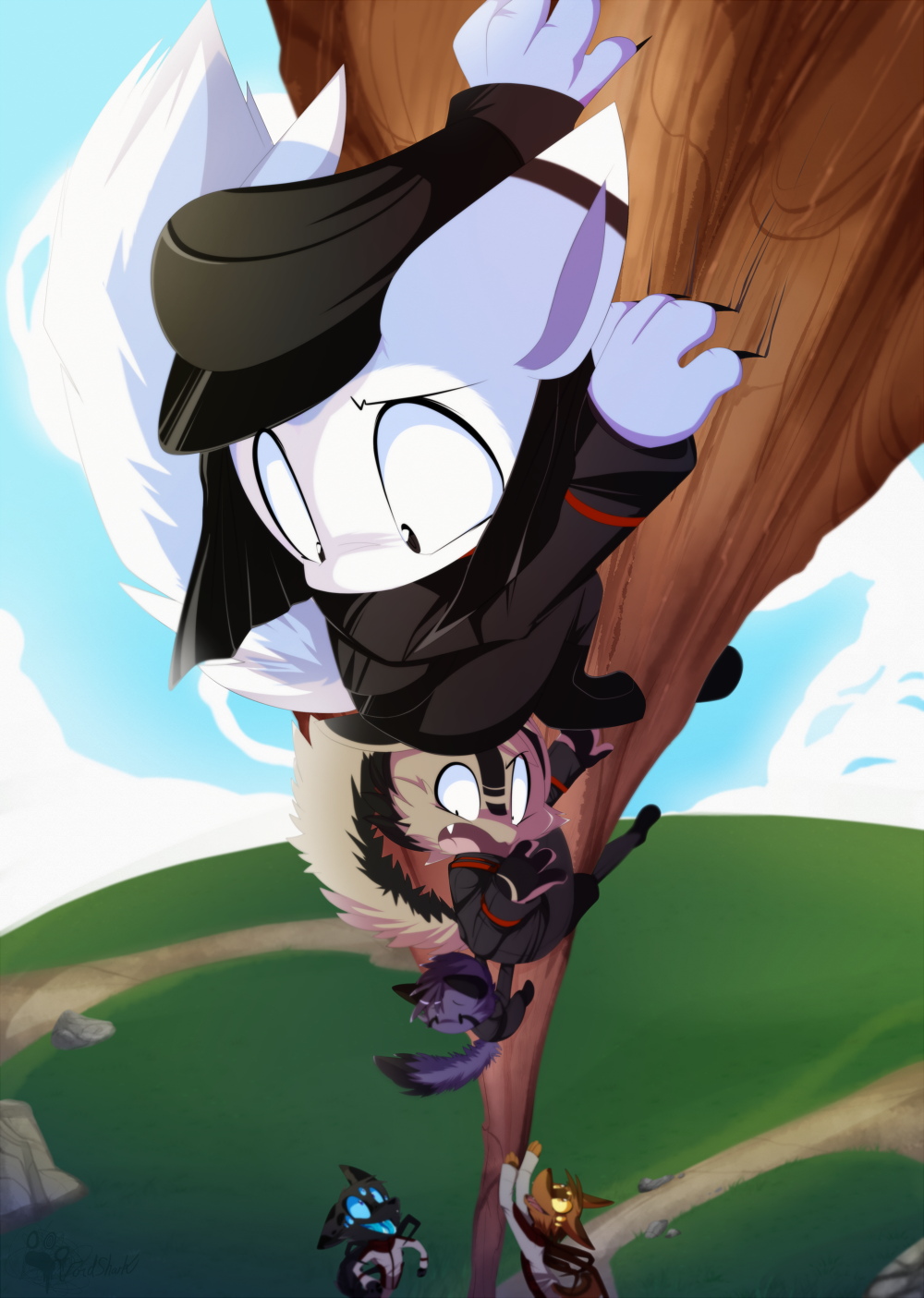 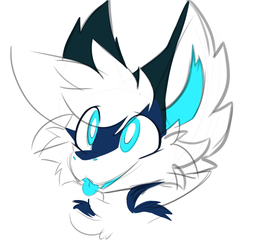 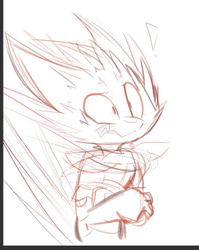 Recognize that kitty at the top? It's Subzero Cell! Prior to the whole imprisonment thing. This is it at a young officer, having made some, er, miscalculations that have led to it and it's squad getting treed on Qwujakuhl territory. Ugh, how embarassing. Looks like they'll have to get an escort back to their own territory.
Qwujakuhl usually won't hurt them, but they do love to give them a good scare.

You know what else is embarassing? I drew this pic probably two, maybe even three now, years ago. I never uploaded it...anyway. It is now.