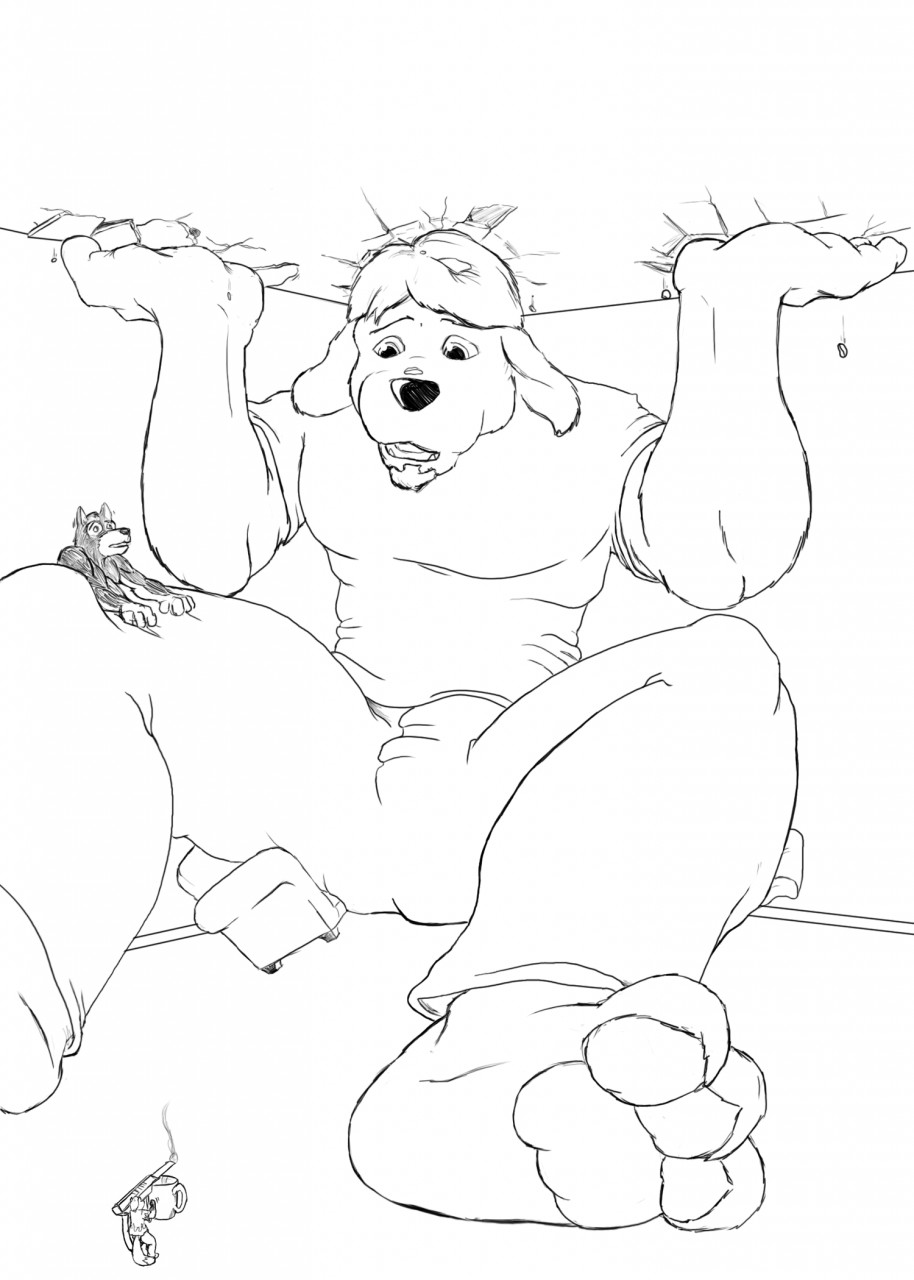 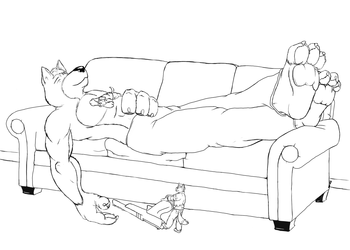 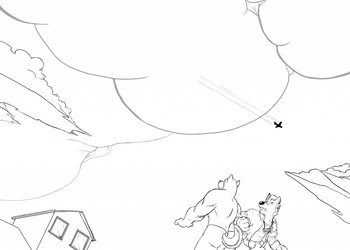 The continuation of Resting Wolfdogs and the Planning Gamer Fox.

It seemed that Kit planned to give Vito and Crux a wake-up call. Before making his escape to avoid disaster, he used his ray gun to zap and grow the blue Wolfdog. He grew so huge that the young black and white Wolfdog got smooshed by his now-giant friend's leg. Hitting his head on the ceiling and trying to stay down on the floor, Crux, it seemed, was not yet done growing. Even his couch got crushed. Will Kit make it out of the house on time, or will he and Vito get smooshed by Crux? How long before the now-giant blue Wolfdog stops growing?