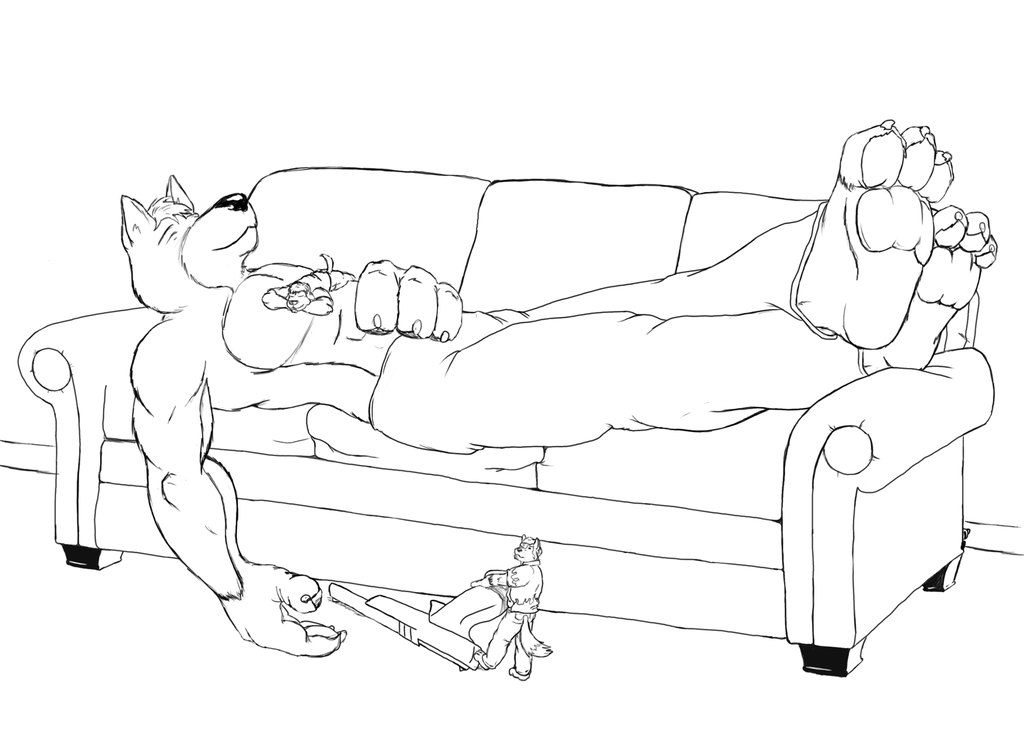 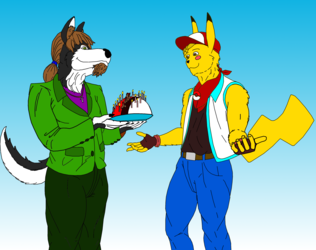 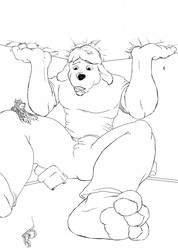 On two of his friend's birthday, Vito decided to pay Kit and Crux a visit to Texas. Rather than by vehicle, he went there by foot. He did smoosh everything in his path on the way, but managed to fix everything soon after. Wouldn't want an angry mob coming after a Size-Shifting Macro. Arriving to his destination, he shrunk to 7ft., and three friends were happy to see one another. But after a long stroll, the young Wolfdog scientist needed to rest before continuing the rest of the day. Before laying on the couch, he took off his shirt to give his muscled upper body some air. Then, he noticed Crux blushing at the sight of his chest, and Vito blushed in modesty. He could tell that the blue Wolfdog wanted to lay on his chest. Clasping both hands together, Crux shrunk himself to the height of 1ft. Vito couldn't refuse, and he scooped up the little blue Wolfdog gently and placed him on his chest before crossing his feetpaws. While the two Wolfdogs were resting, Kit found his raygun under Crux's couch, and Vito's hand was near it. So, the Gamer Fox quietly bend down to reach his device and shrunk himself to the same height as Crux. Pulling the raygun away from the sleeping black and white Wolfdog's hand, Kit was planning something big in his head. What could it be?