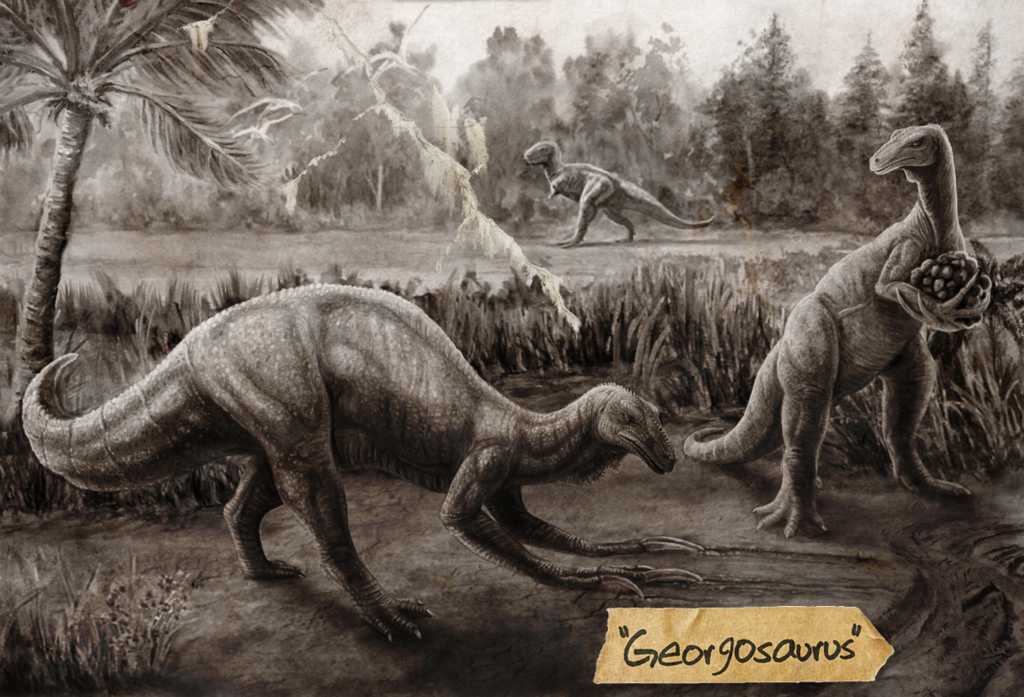 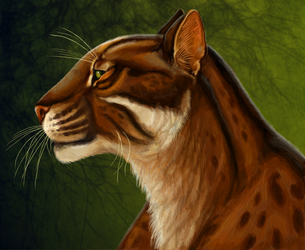 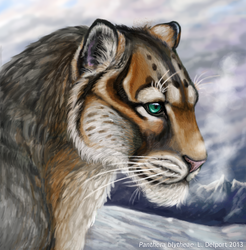 The Therizinosaurs of Conrad Ormstead

Discovered in 1948 in the Late Cretaceous deposit of Mongolia, the dinosaur Therizinosaurus cheloniformus has long baffled paleontologists with its bizarre mix of anatomical features that seemed to link it theropods, prosauropods and ornithischians. Clearly related to predatory dinosaurs like Deinonychus, its wide hips, stumpy-legged body and small, slender head with peg shaped teeth marked it as a herbivore. Although skeletal elements besides its gigantic claws were not widely known until the late seventies, in fact a more complete skeleton had been unearthed decades earlier by the enigmatic paleontologist Conrad Ormstead.

In a vigorous correspondence with other leading paleontologists of the day, Ormstead referred to his find as “Georgosaurus” (from the ancient Greek geōrgos, “earth-worker” or farmer), inspired by his unique vision of the animal's life habits.

The most distinctive feature of therizinosaurs are their clawed forelimbs. The three digits of the hand bear gigantic claws, the longest measuring 1 meter (3.28 ft) in length. But far from implements of death, these claws were narrow and flattened from side to side, relatively straight and tapering gradually to a dull point, quite unlike the sharply hooked claws of a cat or bird of prey.

Noting that the therizinosaur's claws were not suitable for grappling prey, Ormstead went a step further, proposing that they were not used simply to gather vegetation but to farm it. The claws were quite literally plough blades that the dinosaur used to prepare soil for the planting of seeds.

Specifically the animal's claws functioned as an ard, or scratch-plough, a rudimentary tool used for shallow tillage in light soil such as loam or sand. Ormstead speculated that the agricultural habits of “Georgosaurus” developed from cache behavior, familiar in many modern animals such as the common squirrel and the Western Scrub Jay, in which food items are hidden from rivals or stored in times of plenty. Seeds in neglected or forgotten caches would naturally begin to sprout. If the dinosaurs remained in a fairly small territory (as suggested by food caching, which would not be required if they could roam widely to seek food) then the behavior would be naturally selected for, as the dinosaurs who left their caches alone long enough to germinate would reap the benefits in the long run.

Other instincts could have been co-opted into the agricultural behavior, Ormstead argued. For example, the ancestral “Georgosaurus” might have buried their feces to disguise their presence from carnivores, especially if they kept to small territories. With a few behavioral modifications, this could have evolved into the dinosaurs deliberately defecating in areas which later be farmed, acting as fertilizer. It's even possible that young “Georgosaurs”, like juvenile iguanas, were more insectivorous than their parents and when too small to plough, performed another useful function by eating pests off the growing plants. In his wildest flight of fancy, Ormstead noted how birds who feed their young are triggered to perform the behavior by the sight of the hatchling's gaping, brightly colored maw. Might the first flowers have evolved a shape and color to mimic a hatchling and thereby prompted the farming dinosaur to tend to them with water carried in a throat pouch?

Ormstead's hypothesis was merely an entertaining just-so story without actual proof of “Geogorsaurus” farms. The paleontologist insisted that he had indeed found evidence – fossilized stretches of ground covered in distinctive 4-toed paw prints and crisscrossed by rows of furrows that perfectly matched the dinosaur's claws – but that he had been forced to leave his dig site by hostile natives. He was determined, however, to return, and was postponing the publication of his discoveries until such time.

Ormstead was not a talented draftsman, illustrating his letters to fellow paleontologists (the only records of his ideas) with crude stick figures, but he did commission at least one illustration from an unidentified artist, shown here. It is a smallish gouche painting, probably a study for a larger oil painting that we must assume was never completed. Slightly yellowed by time, it is marred by a label of masking tape and badly damaged by a large tear.

With little to go on besides scrappy fossils and imagination, Ormstead's reconstructed therizinosaurs are crocodile skinned, limp-tailed, heavy limbed creatures following the general illustrative style of the day, but the general correctness of the proportions do suggest the artist was working from nearly complete fossil remains. In the foreground, a “Georgosaurus” is shown bent over and walking backwards, dragging its plough blade claws through the topsoil. A second animal is shown with forelimbs full of some kind of root or tuber, its harvest. A few unidentified pterodactyls and what is presumably a Tarbosaurus decorate the background.

Unfortunately for science, before his article on the “agricultural dinosaur” could go to print, Ormstead fell ill with malaria following an expedition to South Africa's Great Karroo in search of protomammal fossils. Upon admission to hospital suffering a raging fever, it was discovered that Ormstead was not who he appeared to be – in fact, “he” was a woman, Beverly Ryan-Ormstead. Facing prejudice early in her career, Ryan-Ormstead had embarked on this ruse and largely succeeded. The scientific community of the time period predictably reacted with scorn, ridicule and rejection, and Ryan-Ormstead was forcibly admitted to a sanitarium. Although she was released a few months later, her career was more or less destroyed, and Beverly Ryan-Ormstead faded quietly from public view, never to be heard from again. Her revolutionary article on therizinosaurs was never published. Her fossils were apparently seized by the Mongolian government, and their whereabouts are unknown to this day.

All that remains are the intriguing notes in her letters to other paleontologists and this painting, currently residing in the author's private collection.

It should be pretty obvious, but because this sort of thing has bitten me before: this is a work of fiction. Therizinosaurus is a real dinosaur, everything else was invented for the "All Your Yesterdays" contest, the goal of which was to creatively interpret & restore extinct animals. It was digitally painted but I was trying to imitate the look of a gouche painting, specifically the art style of Neave Parker who was in all my old dinosaur books.