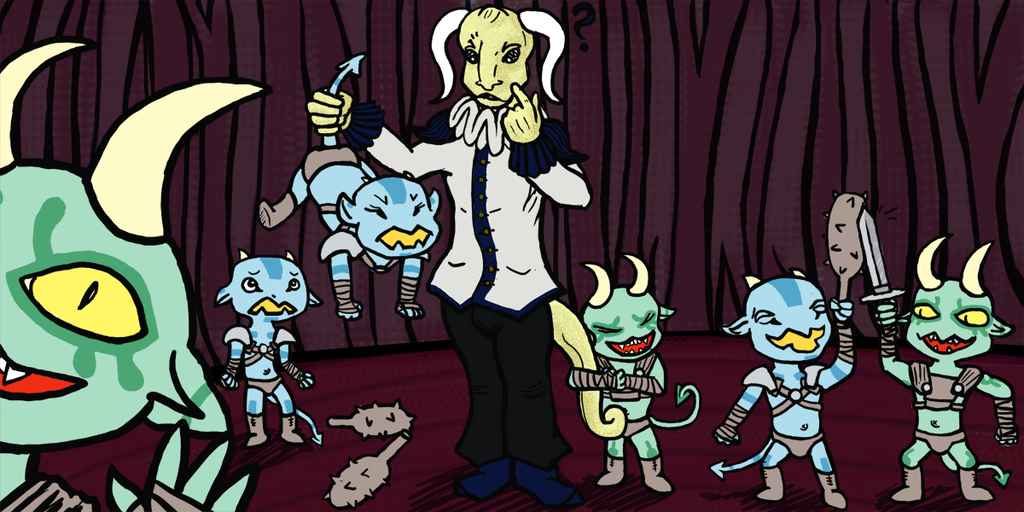 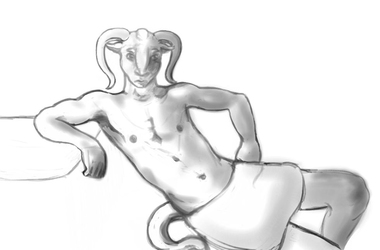 Demonic children or fiendish conscripts?
This is a non-canon depiction of Mortmer functioning as a captain of his own little minion army. I signed him up for an art game which prompted the players to draw little comic depictions of battle scenes and exploration on a mildly hellish landscape. The game was called Hellbent. Didn't get very far though. This was my precursor image before the game started.

"Why am I here when I should be in the realm of mortals exploiting their own mortality?"
After Mortmercaton says this he observes the fort he finds himself in. It is a typical hell fort with a nice, dark, purble decor. He spots his troops.

"What? When did I have kids?"
He says and picks up one of the shorties by its pointed tail.
"Oh."
He realizes they are not children and drops the demon runt on the floor.
"They don't even look like me anyway. Besides, we demons don't procreate... usually."
He talks to himself as if telling someone else.

He instantly receives information from an unknown source.
"WHAT? Troops!? Death demons do NOT do Hell conquests."
He shouted then finished in a growl, but said nothing else. He knew an argument would do nothing, but make his hell more hellish. He'd figure out who put him in this position and make them pay.

Until then, "OUT!"
They are going outside.