Another old account I accidentally lock myself out of, another fresh start. Still setting up shop here, but watch this space if you'd like.

Most recent: am confus 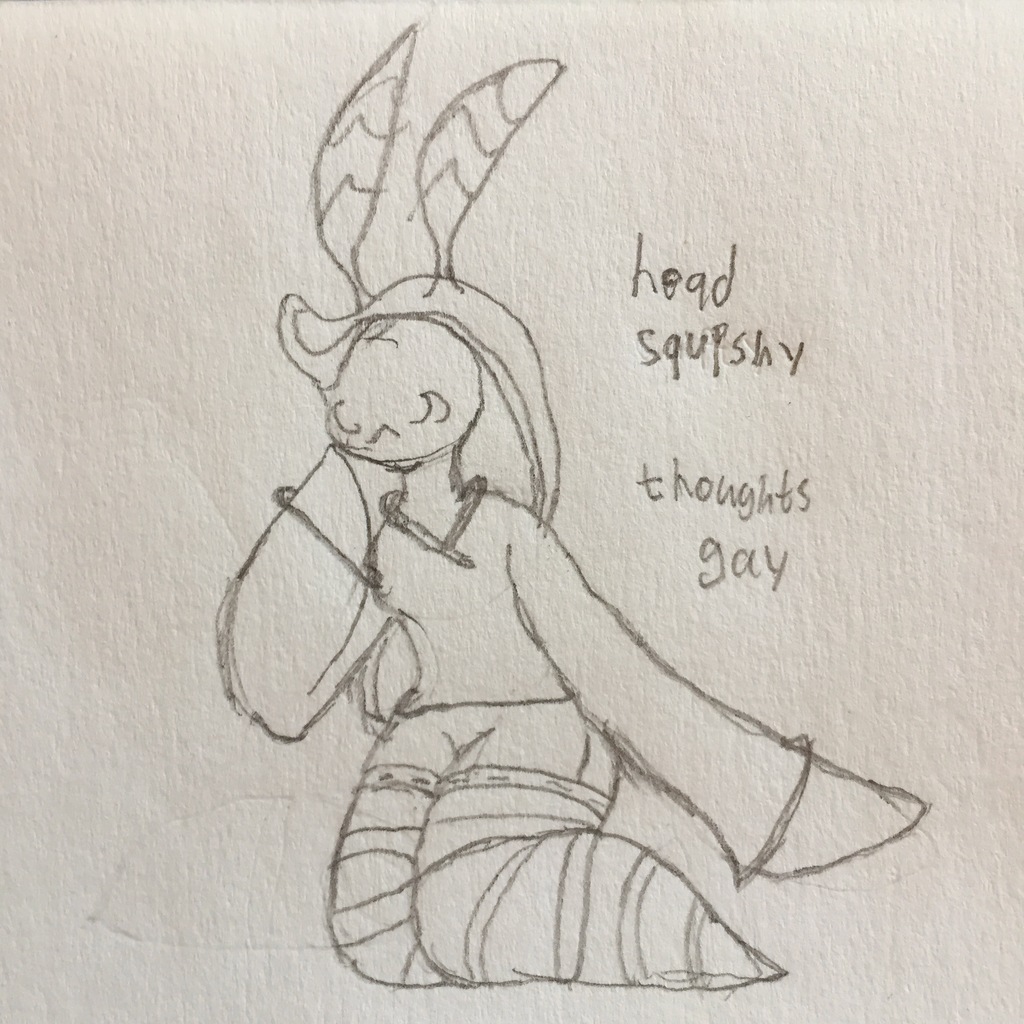 Might start posting here again, seeing as I've been drawing some art that, while I really wanna show off, doesn't jube so much with my twitter feed, which has developed into mostly cute invertebrates and 90s aesthetics with the occasional dash of light furry. This'll give me an good outlet for my really fur-trashy stuff as well as reposts of twitter stuff I really liked. I don't know if I'll bother mirroring everything from twitter here, but if enough people want it then maybe.