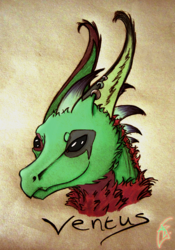 FINALLY, IT'S DONE!
This took ages, and is one of the reasons I was slow with uploading any other artwork. This, alongside another personal project. Still, I think I'm most proud of this piece. I spent so much time in it, and tried to fix any mistakes along the way I made. I even have a before-and-after picture of the leg that is kicking in the air (which I'll put in scraps). I fixed that, and that took a while!

Solus is practising her combat -martial arts- on a deserted, alien planet.

Check out the large version here:
Solitude on dA