Tuft the Puffin by Velux 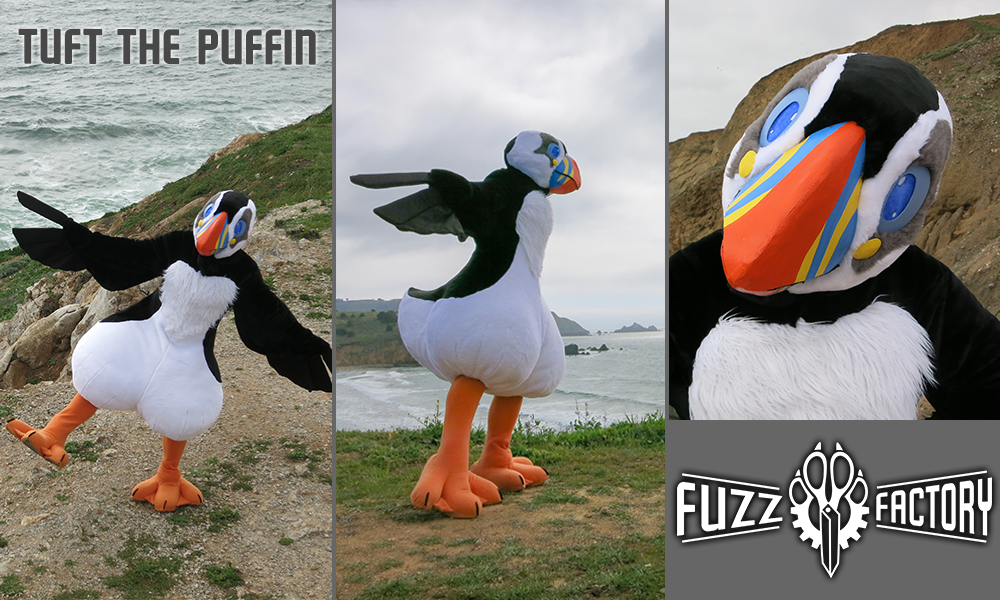 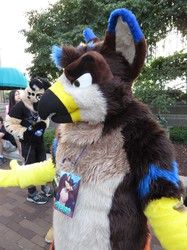 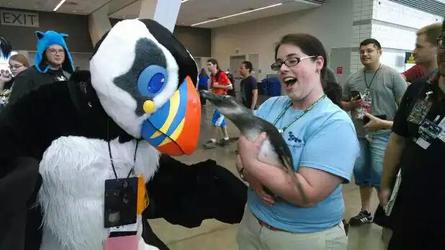 Introducing for the first time on Weasyl, one of my other characters, Tuft the puffin!

This guy features a stuffed body suit, fleece legs, and all sorts of new things. He's surprisingly light weight and very comfortable to wear, though the vision is by far one of the most restrictive, due to the eyes being on the side of the head. That said, the maker, Yonoa/TheFuzzFactory was able to dance on stage in him with no issue, and even won the Master's class in the masquerade with him.

I won him via auction, went for him because he was fantastic - puffins have been big for me since I was a kid, and the little blue flare in the beak is perfect, being my favorite color, appearing in all of my characters. I adore this suit - he's super fun to wear, and the padding being a part of the body gives it the most adorable waddle <3