I am Veis. Just a silly re-coloured Vulpix with an unhealthy obsession with STRIPES, Socks and Maids.

Weasyl is going to be my new home base. Everything that isn't specific to another site will be put up here first.

Here is where you can find me elsewhere!

This account is purely dedicated to art of Veis, be it commissions, gifts, writings or art.. It'll go here as long as I'm allowed to upload it!

I'm quite the art whore and go around throwing Wads 'O Dosh all over. If you happen to be open for commissions, really like my fancy socks and would like to draw me.. Throw me a note or comment!

Most recent: Happy Unbirthday To You! 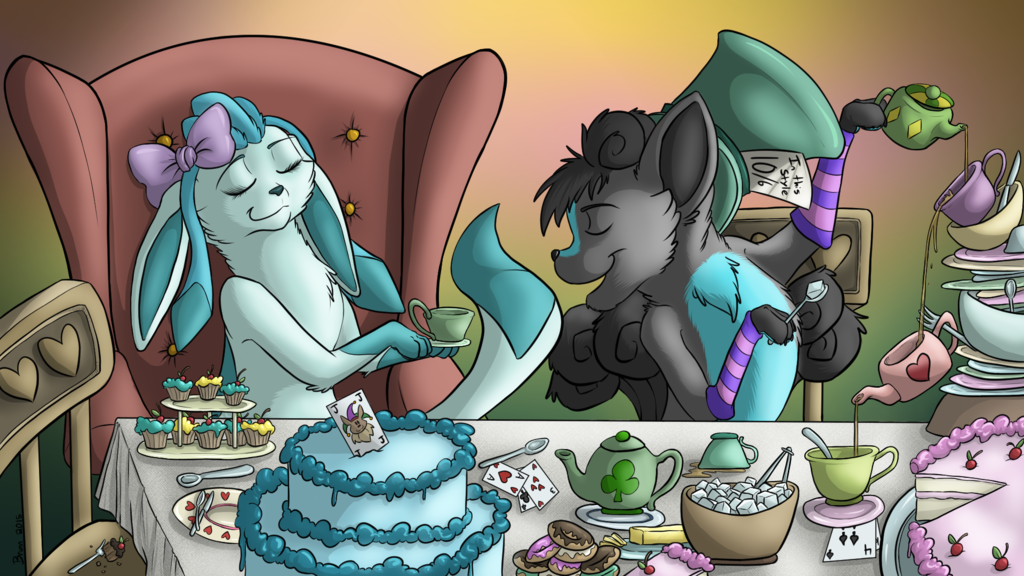 So it's been almost seven months since my last update.

Since then I quit my cleaning job. I got a slightly better one. At first it was pretty great, but we've had some issues with hiring too many new employees, so noone gets enough hours right now. Can hardly afford the gas to get to classes and work. xP But it's looking up! Lots of college students are graduating and moving to new locations, so it's slowly picking up.

I'll finally be getting off my fluffy tush and getting my driver's licence before the end of the month. Huzzah high insurance.

I also finally have a much better computer! It's absolutely fantastic. Feels great to finally be able to -do- things, and it's encouraged me to get a lot done recently. So that's super great!

After I put up this journal, I'll work on uploading some commissions and stuff that have happened since the last one. It's not much, though~. So I won't completely flood you all this time. =P

Can't think of too much else to say.. Ask me questions, if you wish. But until theeen.. See you in another six/seven months? ;P