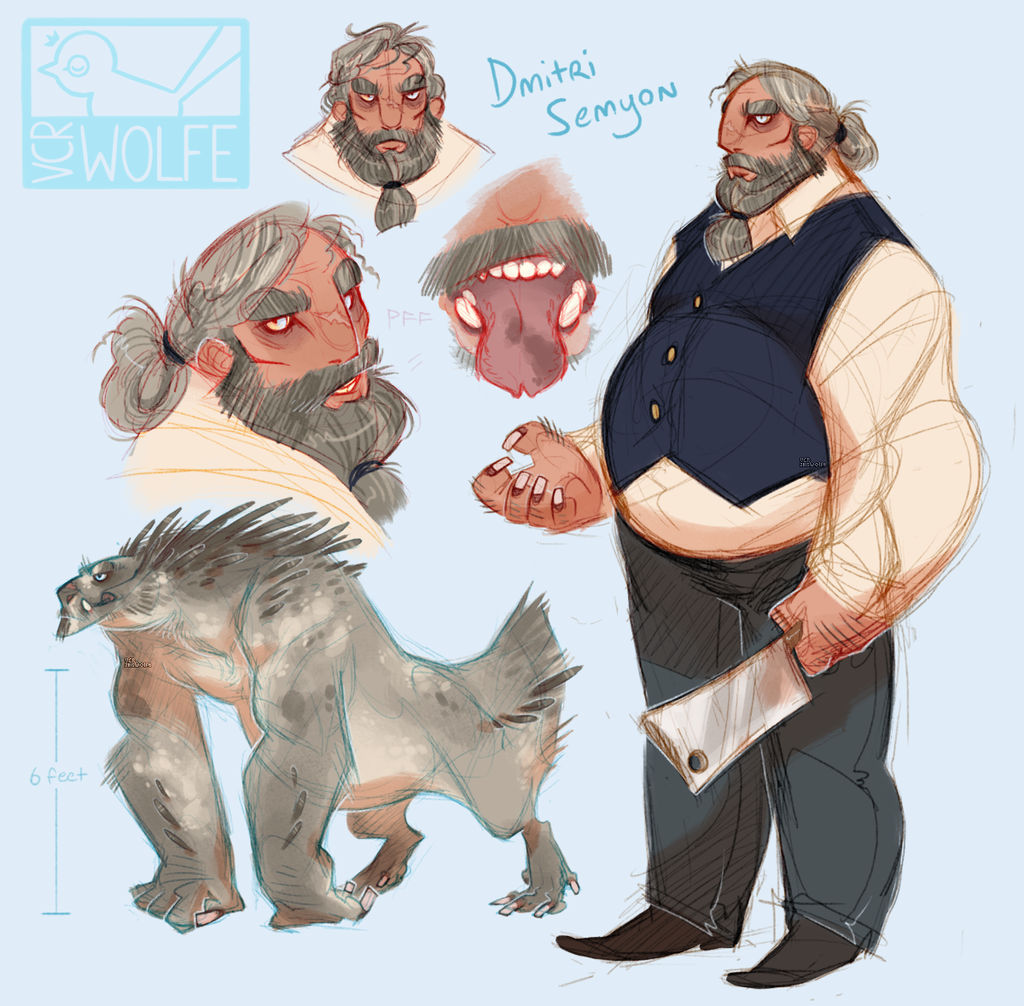 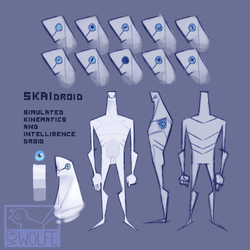 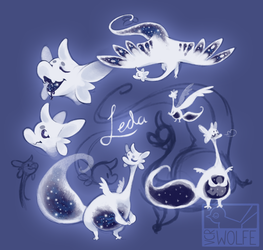 well now ive gone and done it, we have another remake of an older character of mine. hes from the same headworld as opal and dante, so hes also very old, and, likely not to be known by most of you, if any of you at all oop!! and with that ill throw in a lil cohesive information

dmitri semyon, polumorphim shapeshifter. predominantly russian, probably around 120 years old give or take a few years. carnivorous old man who owns a butchery that acts as a front to network with and help others of his kind in a predominantly human culture

appears generally gruff and intimidating to the point of being off-putting, but is actually a relatively mellow and amicable individual. has a weakness for gardening and experimenting with herbs while cooking

has sectoral heterochromia and patchy, uneven hair pigmentation that is likely due to some form of irreparable damage sustained during his lifetime

surprisingly quiet and agile despite his heft, could probably eat a whole cow in one sitting but would have to sleep it off for hours immediately afterwards

all in all nice guy, still important to know tho that hes naturally dangerous and predatory, and while typically working with slaughtered livestock he has and will prey on human beings because thats simply how the polumorphim work