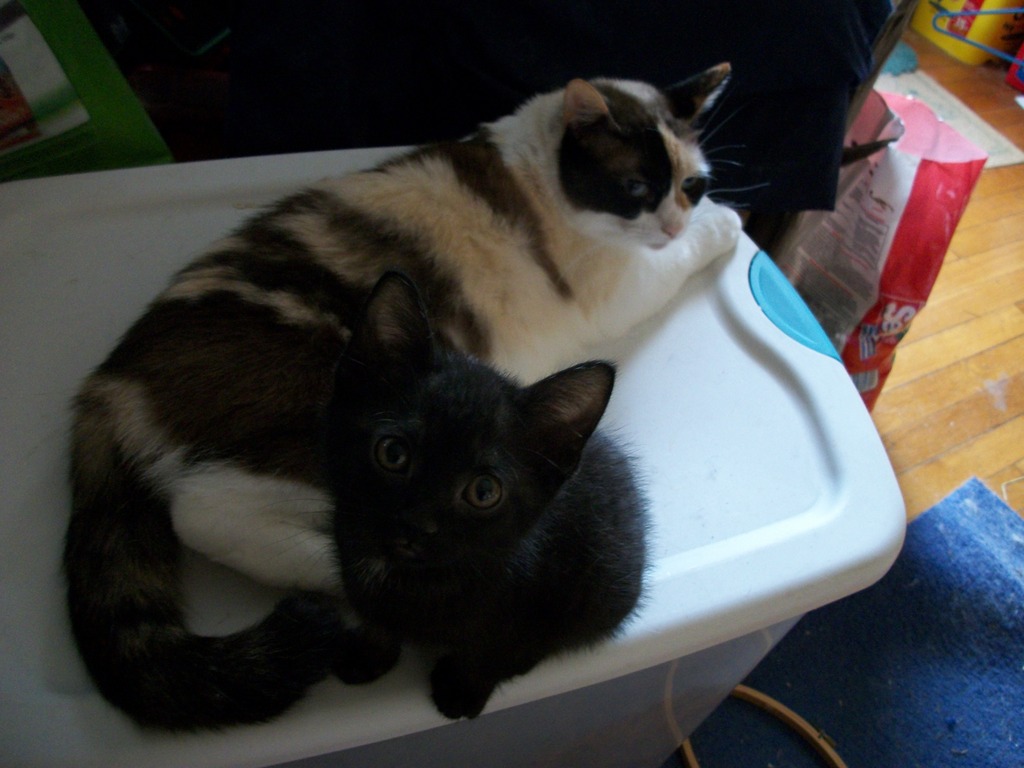 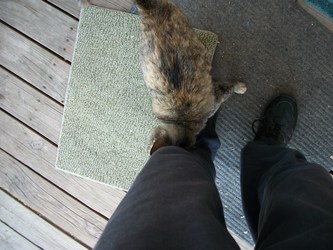 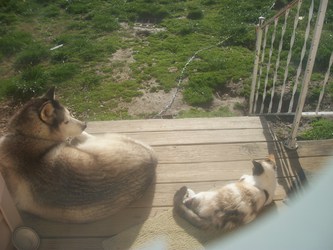 Bella was a cat with many problems. Like most of our animals, they were all rescued in some way from abusive owners. Bella and her sister (not in this pic) were put into a bag as a kitten along with the rest of her family and thrown into a river. Her sister was so fucked up and incurable of her possibly extreme brain damage that we had to get rid of her, whoever we dumped her on probably had her put down. Bella, the white one in this pic, was also a bit screwed up but well enough to live with us and know where a litter box is.

She was slow, and forgot what she was doing half the time, she was allergic to practically everything. Something about her skin made her suffer a lot. She was allergic to flees and allergic to the stuff that gets rid of flees and somehow she always got flees even when never going outside. I always had to powder my room and everything I used to keep flees off me because it was impossible to get rid of them. No matter how much burning painful anti-flee stuff we put on her, they just never went away. She was a very ugly cat 90% of the time because most of her fur had fallen out and she had scabs as big as her paw on her back from constant licking and scabs all over her neck from constant scratching. Worst cat we've ever had. I will not be taking in any more rescued animals ever again because of this.

She lived with us for years, and then my mother being an idiot decided to get a kitten. A little black kitten. Bella couldn't handle this and flipped out. She got so pissed off and just lost her mind. Before, she was afraid of going outside. After, she started going outside and stuff. Doing things she never used to do, getting worse by bringing in flees much more often and making a mess, scratching up other things. She started to not be AS bad though but then disappeared a short while ago. Dunno where she went. I know she kept getting in cat fights with local cats and there are animals out here that would love to eat cats. I couldn't keep her inside so it was entirely her fault that she's gone now. The kitten is gone too, gave it to someone else in hopes that Bella would calm down. Didn't happen.