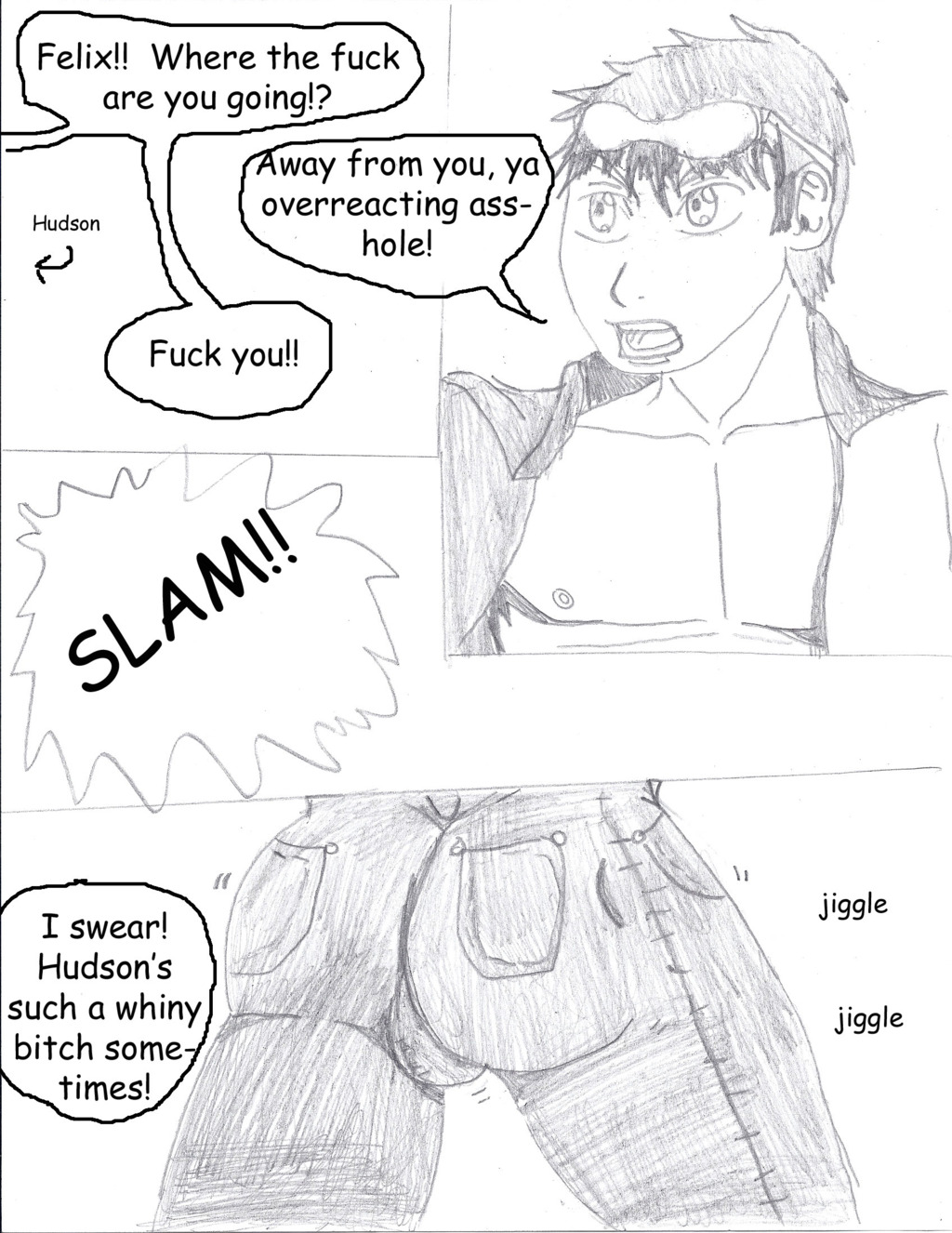 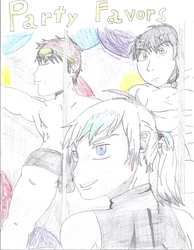 Finally page one of the gay comic! Ohh myyy... It looks like Hudson and Felix are fighting! I guess Felix is gunna take that tight butt of his out somewhere.

Characters/fursonas Humanized: Felix the Fox, Hudson the Husky, and Shayne

Story: After a following out with his roommate, Felix decides to go out to relieve his stress. He makes way to the Cary Grant Place, a gay club and gay strip-house all in one. While dancing and fondling the wares Shayne, the club's young proprietor and occasional worker, spots and dances with Felix. Shayne calls him back to his private office to "relieve more stress". Just as Felix and Shayne are in the middle of their "relieving", Hudson, Felix's roommate, tracks Felix down to make up. However, Hudson will apparently need some "relieving too".

Shayne is owned by VaneWolfstein

Hudson and Felix are owned by Felix-the-Fox