Ah~ I did not see you there. You may call me Valmar, the Blood Moon. I have watched over the ages as I hid in the shadows, creeping and watching over the world . I've seen and lived through things un-imaginable and have stomached enough nonsense... Me ? I used to live a life of a king... Family and children to run about. I turned the way I am cause of what the elders have done to me... My family... Though no matter. All has been put into order and I shall live on as the reaper of the moon. Of course, there are always a few prizes to be gained from such things... I am evil after all, and I shall claim all my rewards, one way or another. It's time to make a move and take what I deserve, and that alone, means very little to what I mean.

~Orgin~
Syrus was a king, a leader of the newly built Malania region. Syrus always had a dark heart, but the purest of souls as he plead to the elders on a impending doom that befell his region. Griger, elder of the wind forced the others to turn their back on Syrus in his time of need, though Kanic and Le'ang tried to help anyways though the order stood firm. Knowing this, Syrus not only felt betrayed but knew he could not turn to the elders for help. Syrus tried to solve the problem with his clan and himself as well, falling into a regional trap that released the demons into the region. As Syrus realized that his kingdom has been attacked, he was a bit too late. Watching as the demons sank their teeth into his young sons Cecil and Mike and his daughter Elena. Lastly, his wife was burned to cinders by the demonic flames, trying to safe them from the teeth of the demons grip.

Syrus enraged towards the elders for betraying him and turning down such a dire move that led to the fall of many innocent people and the lives of thousands. As Syrus retaliated to the matter, the high elder could not stand the sight of one outraged, so she sealed Syrus away for an entire year for a reason that was far from his fault. He only seeks revenge beyond this point, as his mind and body became twisted with the dark in his heart, no longer becoming the wolven king he once was, but is now a lord of the demons... The demon god of Blackland.

Most recent: Emptiness of Loudness 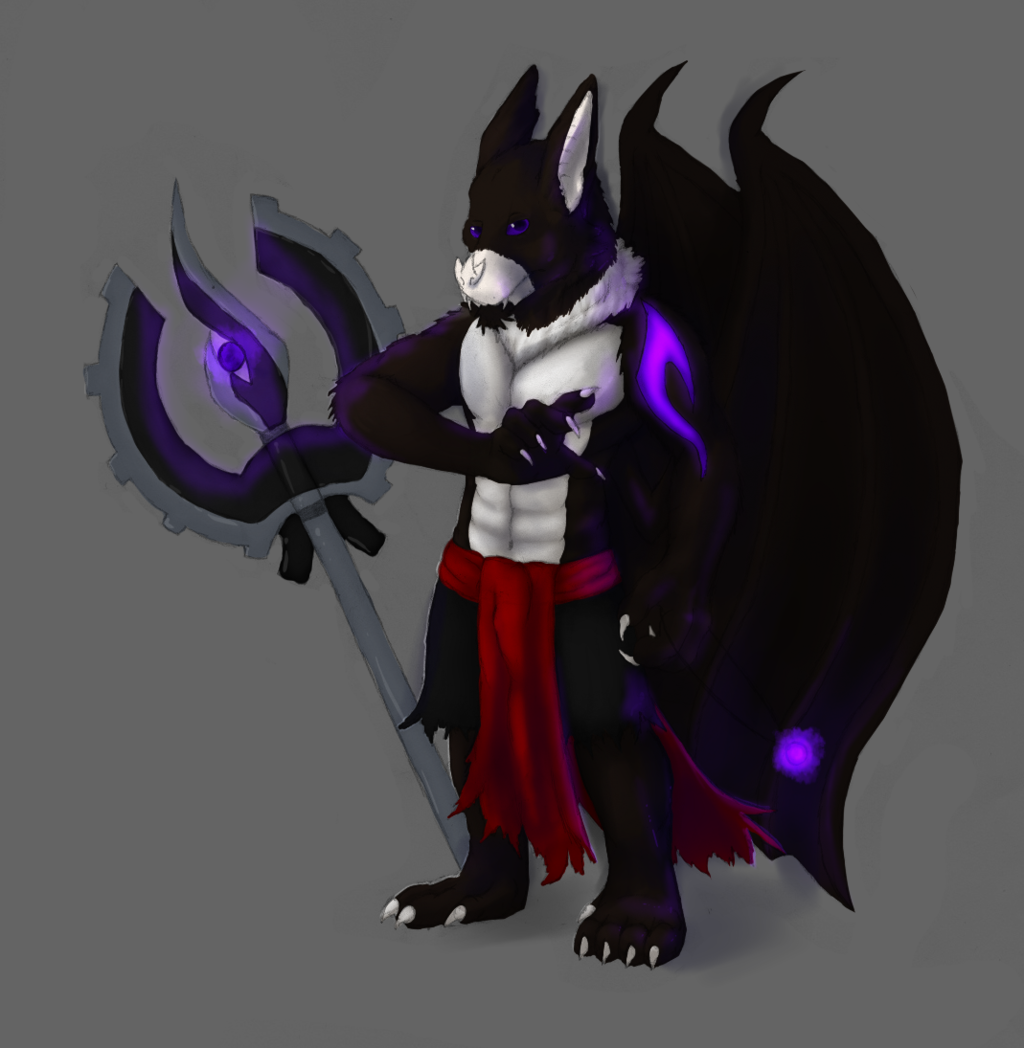