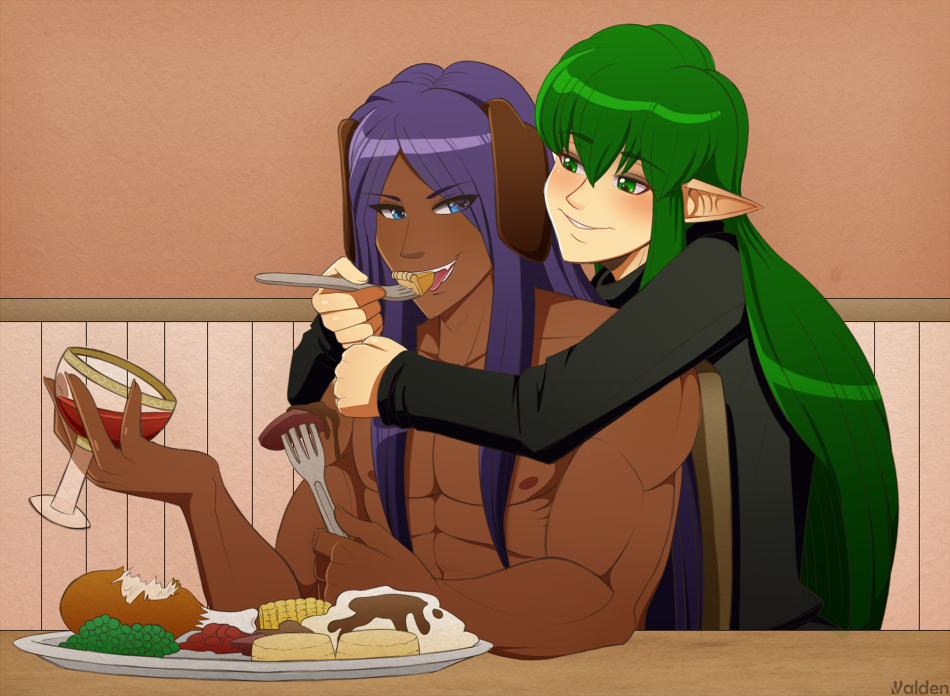 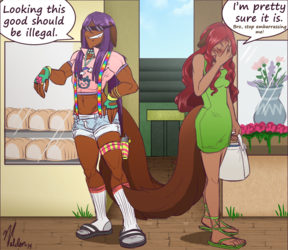 Valden: Stick out your tongue and say "ah", Kazzy.

This is my very belated Thanksgiving pic for the year (worked on it for a few weeks off and on between commissions), featuring Valden feeding his boyfriend Kazan. (Valden has a thing for feeding others, and Kazan has a thing for being fed. It works out well!) Kazan is shirtless because he's a showoff and will go around without a top whenever he can cause he knows he's hot shit. xp

I had their girlfriend Hiroshi in it originally, but she was basically just sitting back with a cup of tea nodding appreciatively, and it looked kind of weird (even though that's what she would totally do). I'll have to include her front and center when I get to draw the three of them again.

I love how sauced Valden looks.