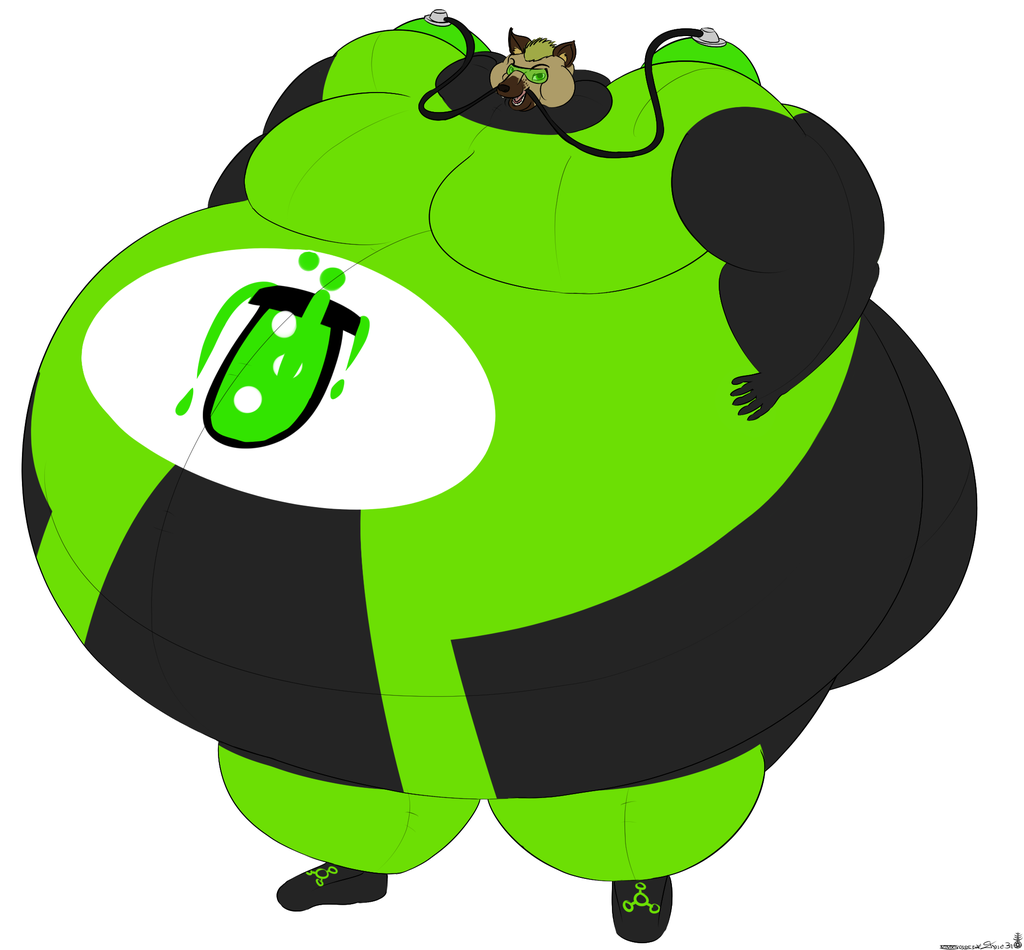 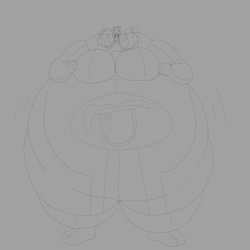 Another supervillain of mine by the name of Inflat-O-Chem. About twelve feet tall, this massive, insane hyena can cause some serious destruction.

Inflat-O-Chem is actually a re-imagining of a VERY old character of mine. Now, he's a completely insane chemist that lugs two huge tanks of different mixtures that he created himself to pump into himself at the same time. When combined, those mixtures become volatile, even more so as he gets pumped bigger and bigger with the stuff until he EXPLODES!