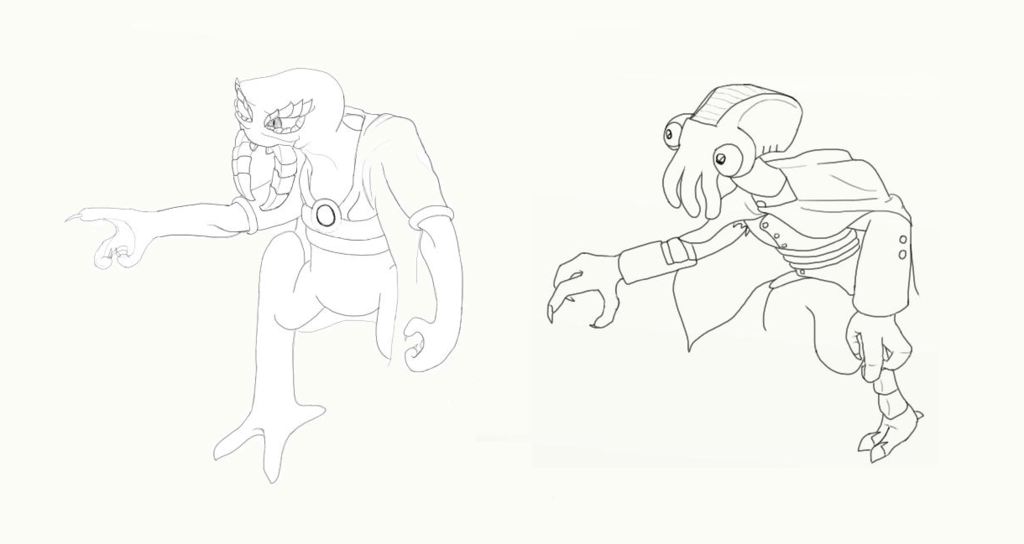 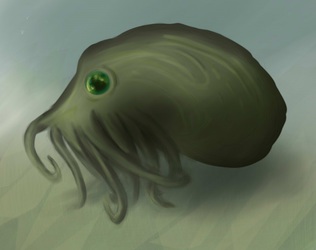 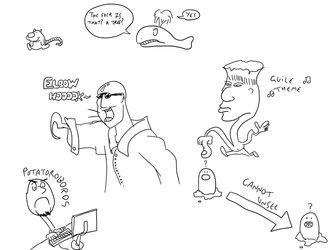 Yay migratory gallery padding. I'll get around to actually drawing something new AND finished eventually.

On the left, an Aeraphi from Luros-B, lacking a leg, two arms, wings and antennae, and a whole stack of detail. That species has been changed drastically since their Spore-state seen here, so was ditched.

On the right, Queeg, originally a Qularr-based gadgeteer/munitions hero in Champions Online. Scribbled him to redesign a few things, so I could use him properly away from that MMO. I threw it at my brother, who owns Queeg, and with some feedback, I realised the picture is nothing like what Queeg should be. Also ditched. Missing a leg, his wing-hoods, and the full-on alienishness.