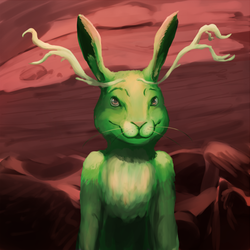 She's one of the main characters I have going for a storyline I have in mind. I've drawn her before along with a few other characters, but I haven't really described them in great length before. She starts out as an soldier for the aerie army but winds up going along with the main party after she sees how single-mindedly overzealous the leader of the aerie army is.

Diana stands at about six and a half feet and is covered in white down. The white is from the "purification ritual" all aerie officials undergo as per their religious beliefs. They become doused in light magic to the point where their down becomes bleached and retains its bright white color.