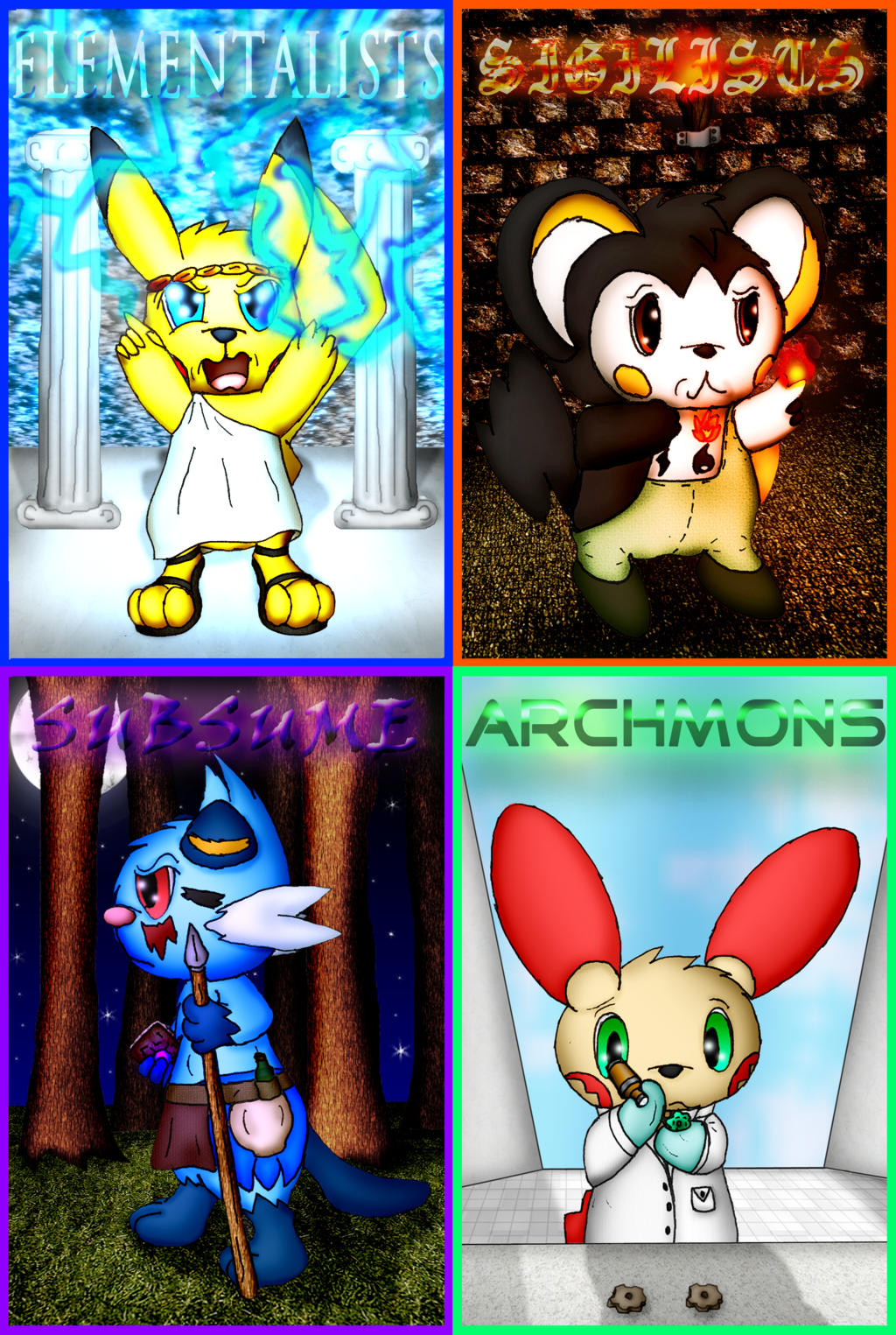 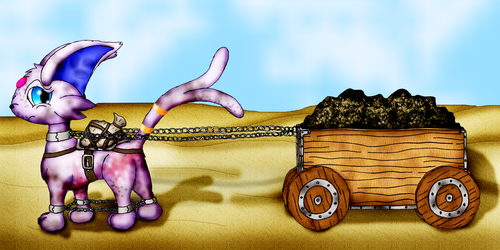 The Mystorian "Base Four" (Commission)

"It began with the forming of the Base Four. The Elementalists; masters of whichever force of nature they drew a deep connection to. The Sigilists; users of multiple elemental forces through magic and practice. The Subsume; mystical archaic beings possessing strange texts and spells few could fully comprehend...and the Archmons; worshipers of the Sun with technology, science and intellect unmatched by any other. For hundreds of years these four groups lived alongside each other...until eventually...conflict arose." https://www.youtube.com/watch?v=J93fc--VsaI

WhhhooOOOOOOOooooo boy...this one was a lot of work. XD Probably in my top 10 most complex and detail commissions so far.

of the "Base Four" species of Pokémon as part of the "ancient mythology" of his story universe. None of these Pokémon depicted are OCs, just random examples to illustrate which each groups' "deal" is.