Alice Vs Gavin Part 1 - "The Confrontation" (Commission) by Unownace 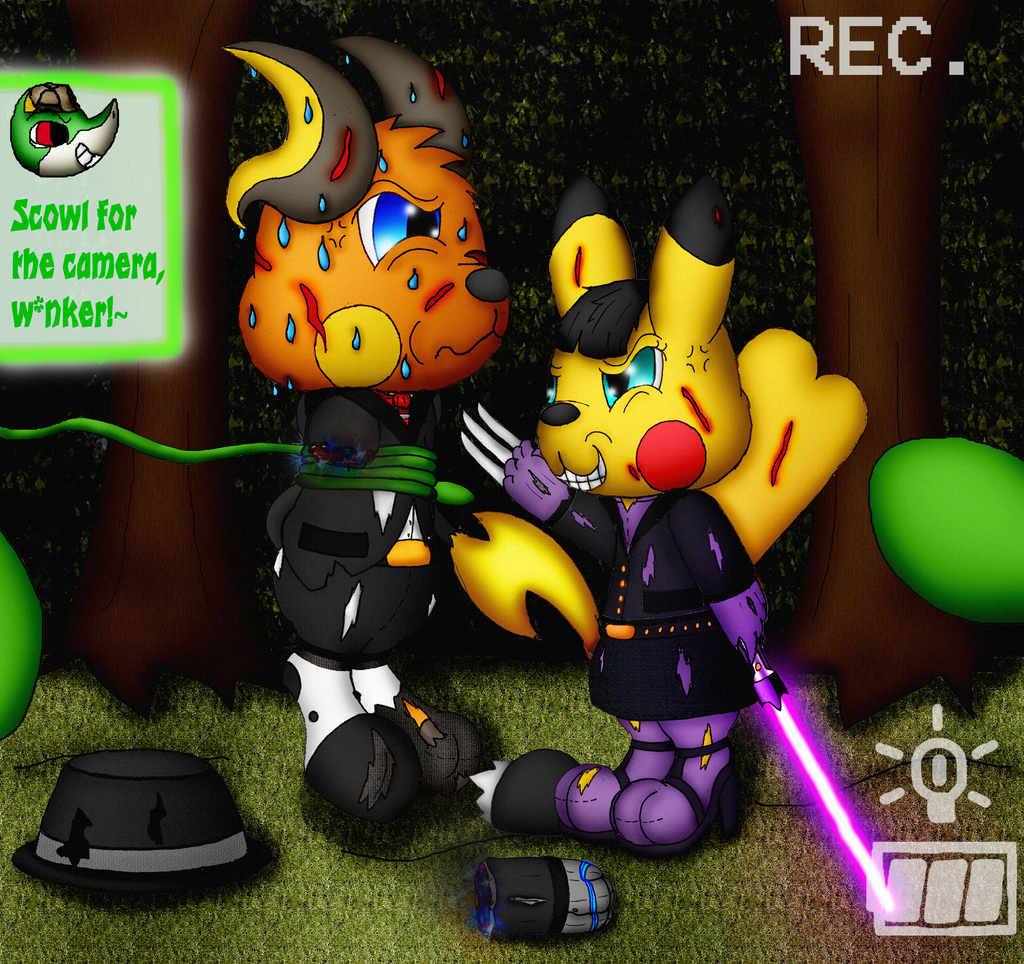 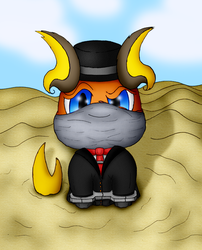 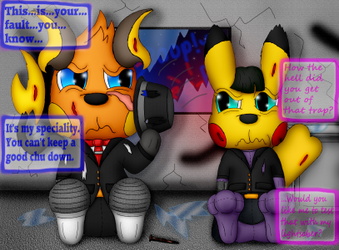 , featuring the first of a three-part "miniseries" of a showdown between two of the region's, nigh the MULTIVERSE'S most notorious antihero outlaws. Gavin Umeko; gangster, physical powerhouse and master of escaping those out to eliminate him, of which there are a LOT. He's a 'Mon SO infamous among the criminal underground that any hit-man or mercenary who can finally take him down for good would be considered a legend. This and the fact that his prosthetic right arm literally has a machine gun built into it has giving him the title "The Diablo Trigger."

Then meet Alice Hearts, a mercenary so ruthless, so efficient and so driven that 95% of her targets she's contracted to apprehend are plopped onto her clients' doorsteps within 24 hours. This has lead her to offer a "promotion" of sorts. "24 hours or half your money back." The rare few targets who DO give her a fair amount of difficulty she ensures pay for her loss in revenue with pain and/or humiliation. This has lead to the phrase being passed around, "If Alice Hearts is after you, don't run. It'll hurt a lot less." She's almost never once failed a mission for at least two and a half years, and unlike some "antihero mercs," she doesn't give a flying s*** about "honor." To her, "fighting fair" is just another word for "handicap," so she'll use whatever tactic, weapon or opportunity to apprehend her targets as quickly and efficiently as possible. This has given her an air of "fate" or "inevitability." The notion that if she wants you, you're hers, and there's NOTHING you can do about it. As such many among the innocent civilian crowd and criminal underbelly have unofficially given her the name "The Venus Reaper."

Even though she rarely kills her targets, only doing so when "dead" is highlighted in big bold letters in her contract, the name "reaper" applies to more than just "death." It also means to harvest, to collect, to take. To claim what is rightfully yours to claim. And rather than brute force, Alice prefers to use guile, agility and dirty tactics to catch her "prey." Most notable she does hours of research on a high profile target before going for the capture. She studies her opponent's strengths, weaknesses, fears and even whatever weaponry and fighting tricks they may literally have up her sleeve. Hence why, as you can see here, after a heated fight lasting several minutes, she unleashed her "secret weapon;" a B-List Serperior mercenary called "Slither" (real name Randal Verdun) to assist in the mission, since one of the things listed under Gavin's "fears" was snake Pokémon. Though Slither new he'd never stand a chance against someone as high caliber as Gavin alone, he agreed to play as a "tool" of sorts in Alice's mission under the condition that he get to share some of the credit, monetary AND plain old "glory," hence the "selfie."

She also made sure to make sure to make short work of Gavin's greatest weapon, his prosthetic arm, with her lightsaber (she is technically a Grey Jedi/rogue Jedi.)

You may also notice both combatants, Slither aside, are looking quite beaten up and miffed at each other. This is because both have become accustomed to their enemies being so easy to take down that they began to treat it like a sport. It's a rare day when either of them come across and adversary as resilient and tough to slow down as each other. In old fashioned combat, the two are pretty much equal, which is why they're both so bruised, bloodied, exhausted and just plain annoyed at the trouble they caused each other, Alice ESPECIALLY irate that her favourite and very expensive outfit is completely ruined. Gavin, on the other hand, is still trying to look stoic despite the fact that his fear of snakes is on par with Indiana Jones, and he's now being squeezed to near suffocation by one. The fact that Alice is trying so hard to resist the urge to slice open his throat with her "Wolverine claws" isn't helping either...and the fact that Slither is such a cocky ass. XD