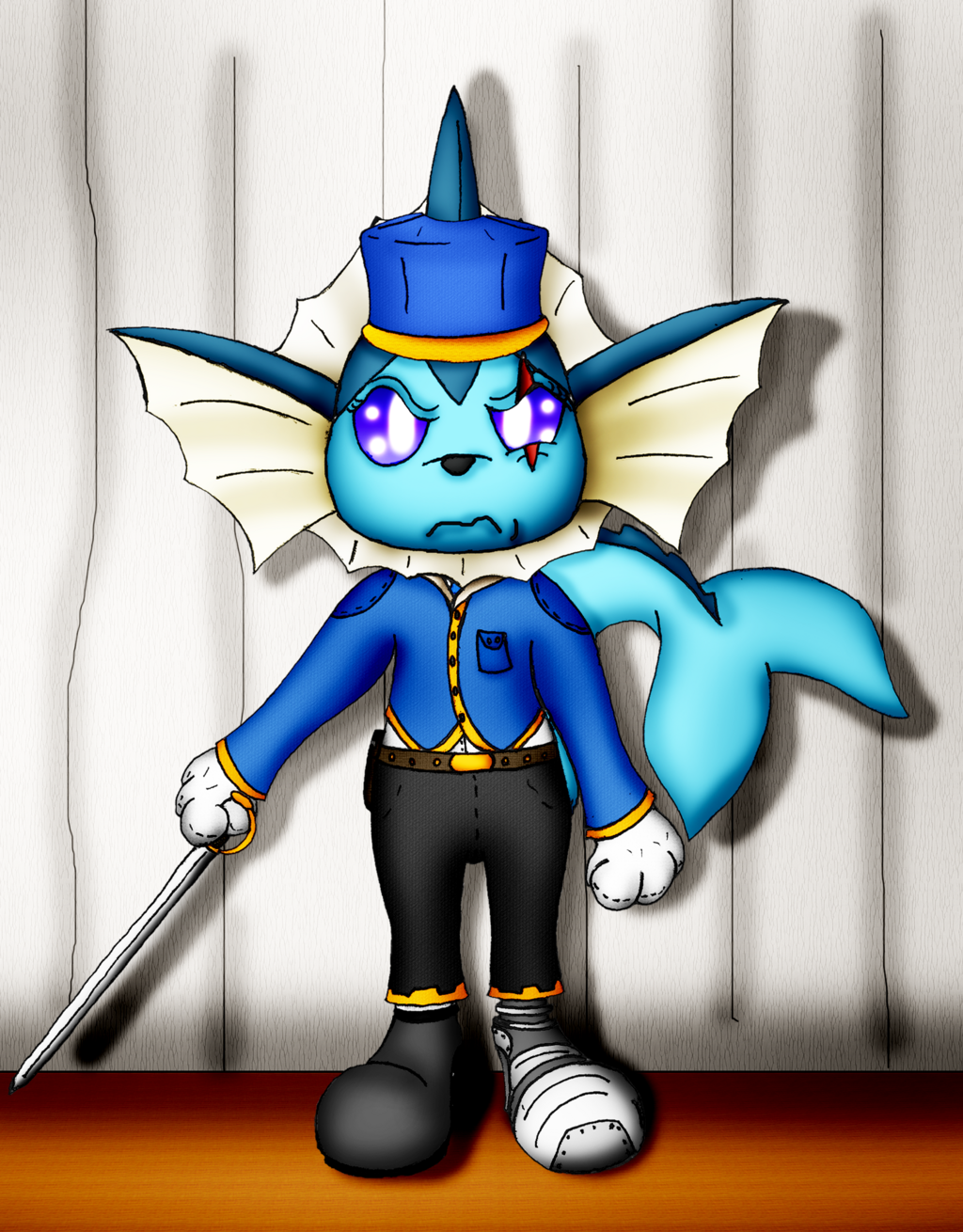 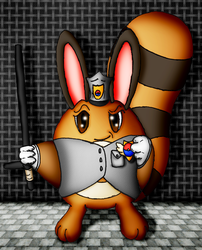 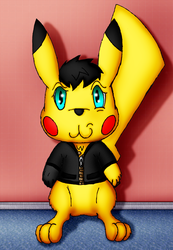 Stephanie Harper was an Eevee living in Hyrim with her parents, siblings and boyfriend/fiance just before the "Hyrim Revolution" began. With her parents and mate being pro-democracy, they immediately joined the rebels when the conflict began to escalate, though she herself didn't want to take sides and get involved. It wasn't long before Governor Tramp the Gumshoos (yes he's a parody of EXACTLY who you think) started ordering mass executions of both rebels, rebel sympathizers and the few still loyal to the royal family and knew of his coop. This meant Stephanie and her entire family found themselves lead to the gallows...and the Eevee being forced to watch one-by-one as everyone she loved was taken away from her in the name of "Glory of the Royal Blood." Just before it was her own turn however, a rebel attack squad bombed the area, and Stephanie was sent flying, severely wounded by shrapnel that blew off her left leg and scarred her face. After the smoke cleared, the rebel assault team took in the survivors and patched Stephanie up as best they could.

Over the next several months Stephanie dedicated herself to the cause and to avenge her family, eventually acquiring a Water Stone to evolve and being fitted with a stainless steel prosthetic leg, which she used as a crutch to learn how to stand upright so she could wield a sword.

When the royals finally managed to flee Hyrim by sea, Stephanie and a crew of other rebels set out after them on a heavily armored battle cruiser supplied by the Coalition in exchange for partial long-term allegiance.

Despite failing her initial attempt to take down the Hyrim royal family, she continued her vengeful pursuit of them and ALL royals of ANY nation even long after the Hyrim revolution ended, some of her crew sticking by her side as they had mutual respect for their captain and hatred of royal blood. The vengeful captain would soon become known as "The Iron Mer-Maiden."