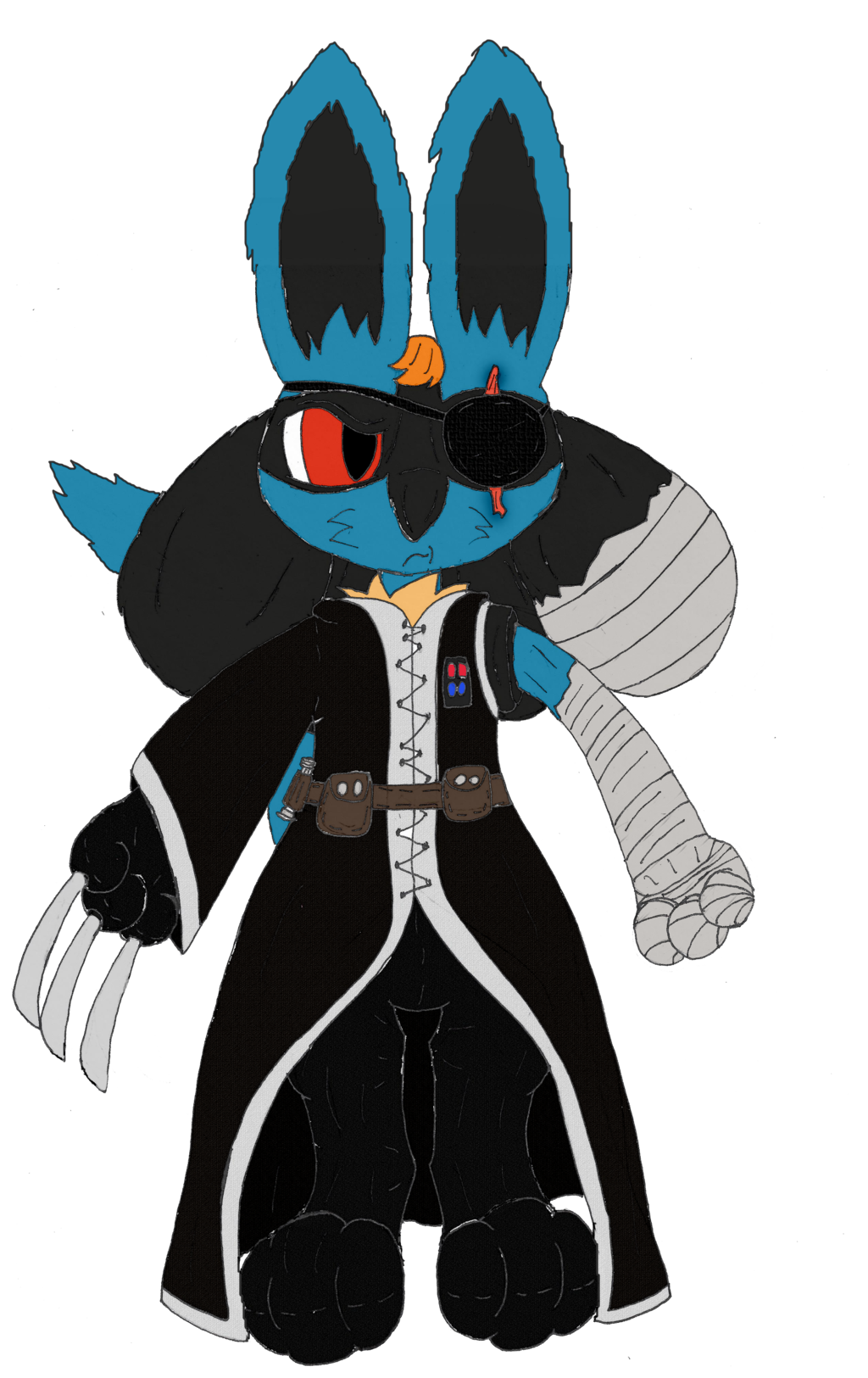 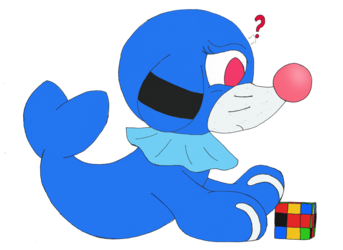 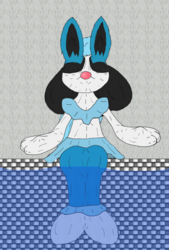 Though being from the same canon universe that I have dubbed my "Mirror" universe, unlike many of its inhabitants like Mirror Ace and Mirror Ivy, "Mirror Ben" isn't evil. In fact, he was on of the few remaining "good guys" from the very beginning in that universe who neither "turned to the Dark Side" nor was executed right off the bat, and later went off to help found that world's "resistance" against the Pokemon Empire.

As for why is left arm, eye and Aura Sensor are "missing"...to put it shortly, soon after arriving in that world he and Ace reenacted the final lightsaber duel from Revenge of the Sith, only Ace (playing the role of Anakin of course) won instead of Ben, and instead of finishing his old best friend off Mirror Ace had a brief moment of compassion for him and simply told him to go into hiding and never show his face in public again. This of course bit Mirror Ace and Winter Frost in the ass later when the resistance was formed. XD