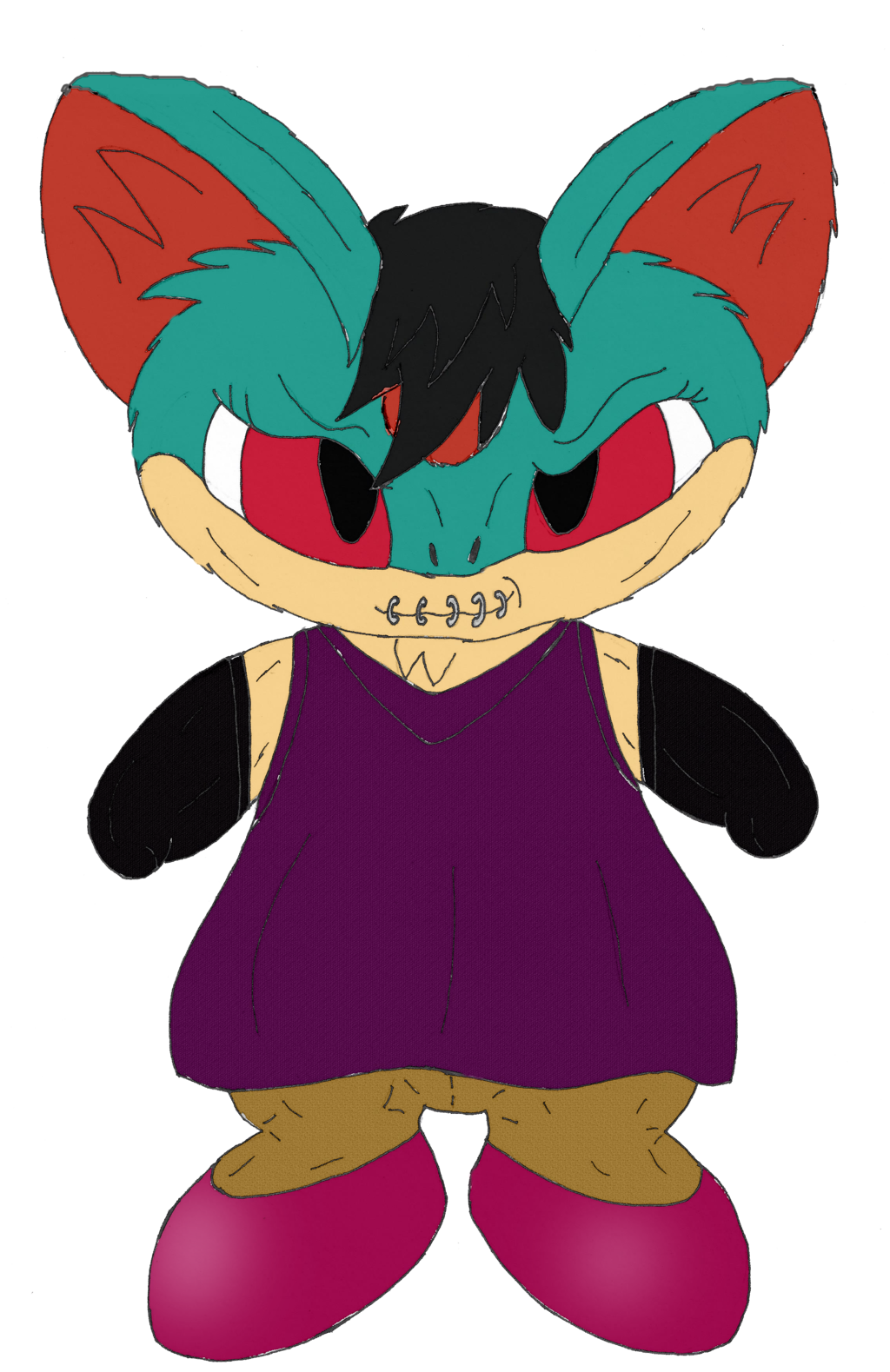 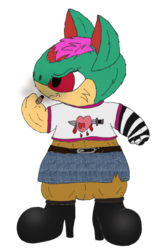 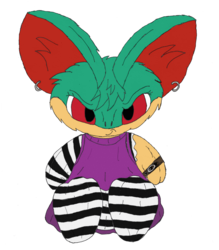 First off, I finally thought of what to nae "EmoLava". Her "nicknames" she has everybody call her by is "Autumn October". Her ORIGINAL name she refuses to ever use, simply because of my NEXT point.

She and her parents do NOT get along. At ALL. With them being super right-wing conservatives, and her having at least a few significant reasons why she CAN'T be...tensions inevitably stem between them. Things like being forced to undergo "exorcism" rituals because they think she's possessed, her being into more than one kind of "orientation", them once even trying to have her committed to a mental hospital for being "weird" and "unorthodox", her starting smoking weed just to spite them... Eventually this escalated to her taking more drastic measures to rebel against them, like running away from home (which was how she got unwittingly captured by some wild Ariados late at night in the woods), and what you see done to her face here. Intending to both go on a hunger strike AND give her parents a literal "silent treatment", she pierced her own lips and welded metal "jewelry" shut into them to keep her mouth sealed until the rings were removed. Later I might have her keep regular piercings in their place so she can occasionally recreate the "aesthetic" as a fashion statement, only with more easily removable rings.